Lessons For those who don’t know, the issue i...

“For those who don’t know, the issue is that each device has a different aspect ratio and resolution.” 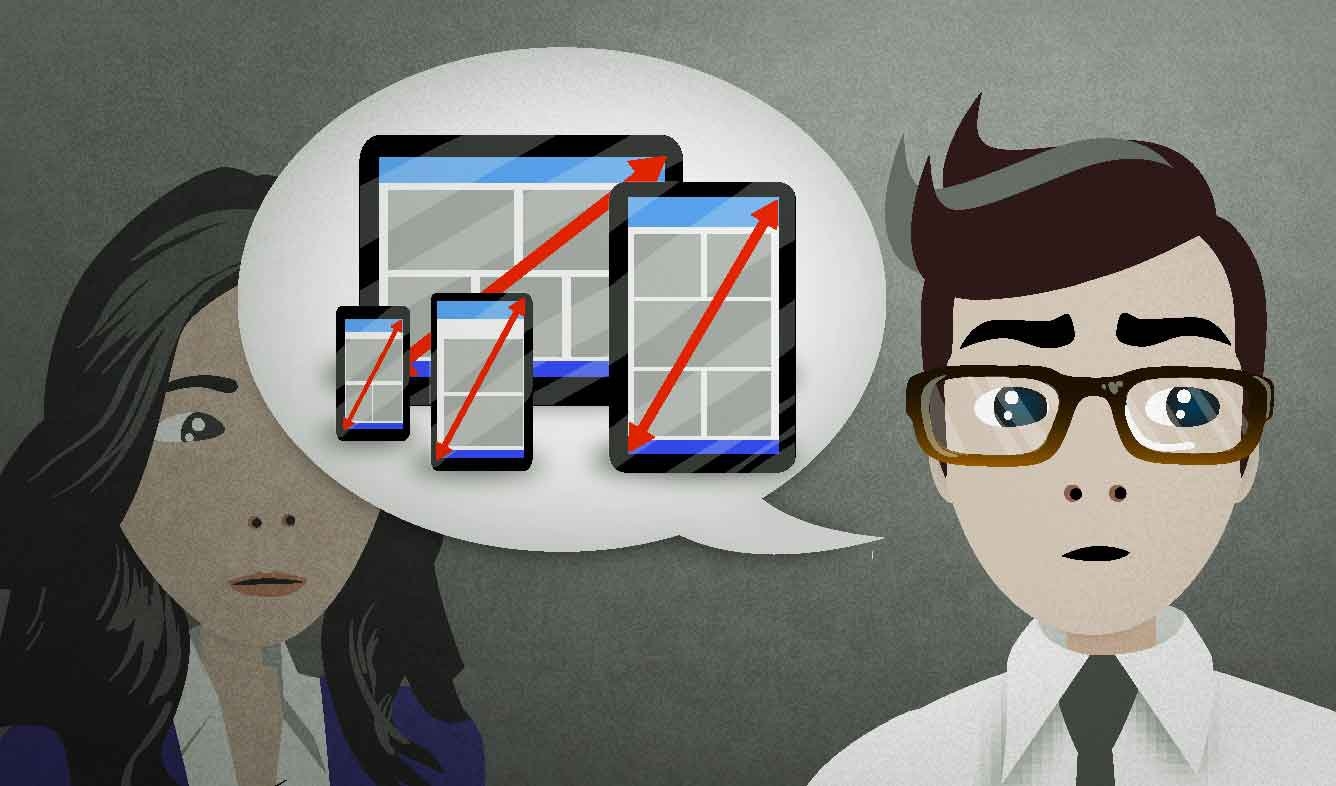 You work at a company that's starting to build applications for tablet computers. You're leading a meeting to discuss an issue with the applications. A lot of the people at the meeting know about it, but some don't. You review the issue.

For those who don’t know, the issue is that each device has a different aspect ratio and resolution.

For those who (clause), (sentence)

When you're speaking to a large group of people, but your message is only important for some of them, you can use this phrase:

For those who haven't registered yet, there's a table over there by the entrance where you need to sign in and pick up your name tag.

For those who weren't here earlier, the start time has been pushed back to 3:30.

For those who don't know, (sentence)

When you need to announce information to a group of people, but some of those people already know it, use this phrase:

For those who don't know, my name is Jerome Perdue, and I'm the director of the gifted students' program here at Moorefield Elementary School.

The issue is (something).

An "issue" is a problem:

If there are any issues that require immediate attention, I can be reached on my mobile at 646-469-XXXX.

Use the phrase "The issue is..." to explain a problem:

A: If you're too busy, why don't you hire someone to help you?

B: Yeah, I've thought about that. The issue is that it would take so long to train a new person, and I just don't have time to do that.

You follow "The issue is..." with a noun or noun phrase:

The issue is Kana's school. They won't let her take that much time off.

The issue is how we're going to get all of those people from one location to another.

This phrase is common in business situations and slightly formal situations.

A "ratio" is a relationship between two numbers, like:

Devices that have screens, like TVs, phones, tablet computers, and so on have an "aspect ratio", which is the relationship between the width and height of the screen. Some common aspec ratios are 16:9, 4:3, and 3:2.

It's a sixteen by nine device.

The "resolution" of a computer, TV, or device screen describes how much detail it shows:

They're coming out with a new high-resolution monitor.

Resolutions are sometimes measured in "dots per inch" ("dpi"). A screen with a "300dpi resolution" has 300 dots of light contained in each square inch of the screen.

You might talk about "resolution" when you buy a new television or smart phone.

“My job requires me to put in a lot of late hours.”

“Time Warner Cable's customer service leaves much to be desired.”