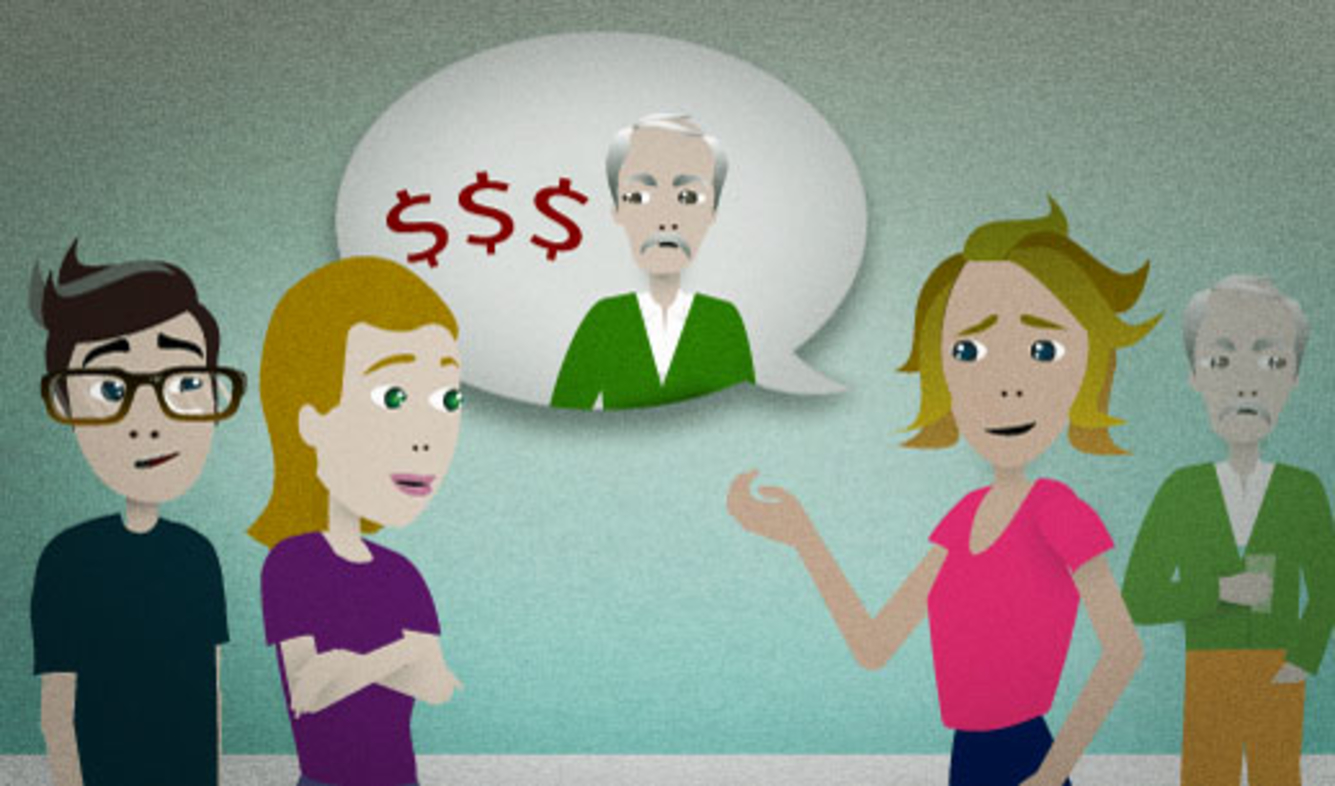 Your sister is telling a story about your father at a family party. In the story, she politely says that your father was "frugal" when you were children (meaning that he always saved his money). You want to tease your father a little more, so you say this.

A "frugal" person tries not to waste money. They do things like:

Being "frugal" is a good quality.

A "cheap" person is someone who doesn't want to spend money. "Cheap" people do things like:

Use this phrase in the following situation:

People usually use this expression to replace a positive word with a negative one. But you can also use it in the opposite way:

“On that note, I think it's time for me to leave.”

“What's wrong? Does your tummy hurt?”