Lessons On that note, I think it's time for m...

“On that note, I think it's time for me to leave.” 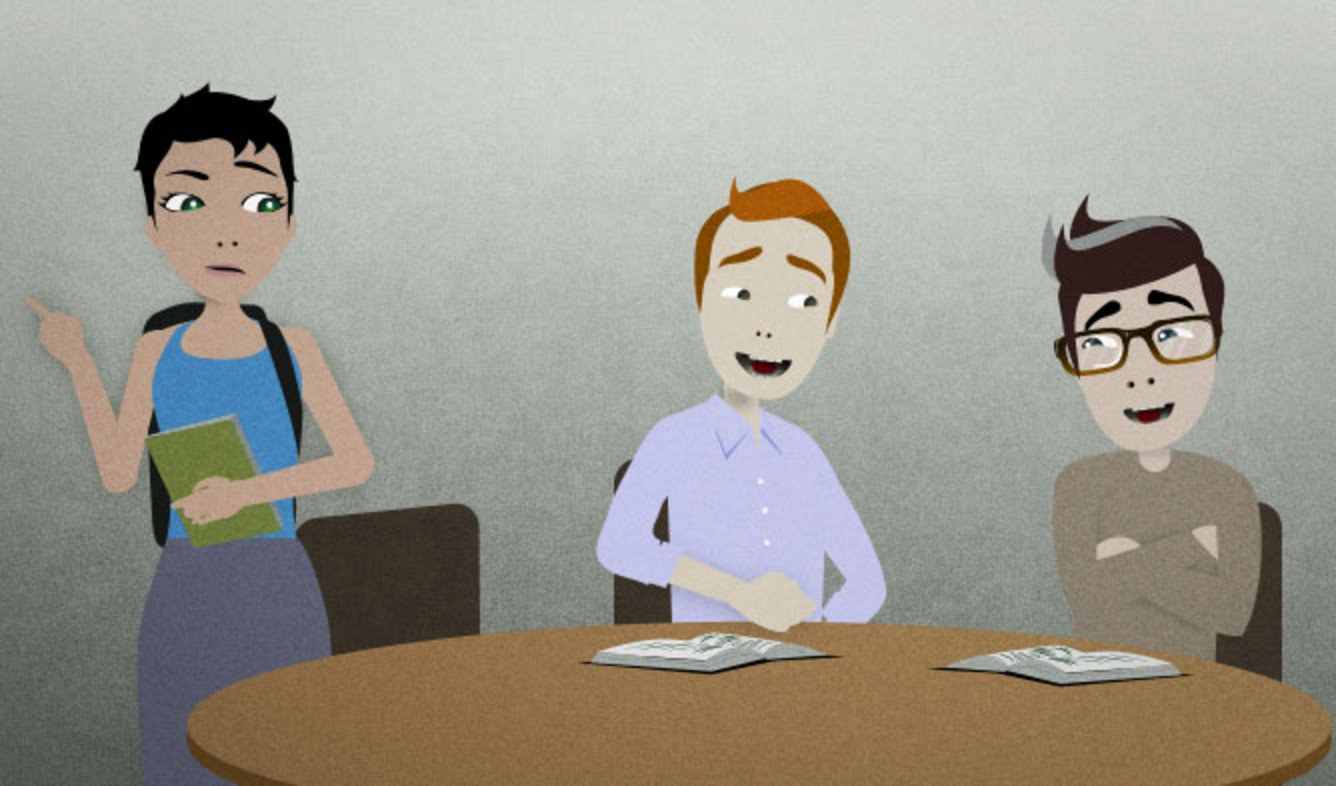 You've been studying for a class with a study group. After studying for a while, the conversation started to get off topic. Now two of the guys are making silly, rude jokes with each other. After one of the rude jokes, you stand up to leave and say this.

On that note, I think it's time for me to leave.

This is a phrase which people use to transition between two ideas in a conversation, two parts of a speech, two sections of a meeting, etc. You're saying "let's move on to the next thing, which is related to what was just said.

For example, imagine you're leading a parents' meeting at your child's school, and you've been talking about raising money for the school band. Then one of the parents started to complain about the food in the cafeteria. You were going to discuss requests for improvements next anyway, so you say this:

On that note, let's move on to new requests. Does anyone have any other areas that they'd like to see improved?

The word "note" in this expression means "topic", "theme", or "emotion".

You can also use "On that note..." ironically to end a conversation. Use it when the conversation has started to break in some way, like when someone becomes too silly, complains about something that they're not supposed to (like your boss), or gets upset. You can use it like this without even finishing your sentence:

A: I don't care what any of you think! I'm going to do whatever the hell I want!

When you use "On that note..." in this way, you continue to appear calm and civilized by not responding directly to the inappropriate situation, while also pointing out that the conversation has gotten a little out of control.

The phrase "It's time for you to leave" sounds quite straightforward and aggressive. You would say this when you're angry at someone and want them to go away. The same goes for "It's time for me to leave."

If you don't want to sound angry, here are some other phrases to use:

It's time for me to get going.

It's about time for you to leave, isn't it?

Note that adding "I think" doesn't make it sound less angry. It sounds a little outwardly polite, but still quite angry if you say:

I think it's time for you to leave.