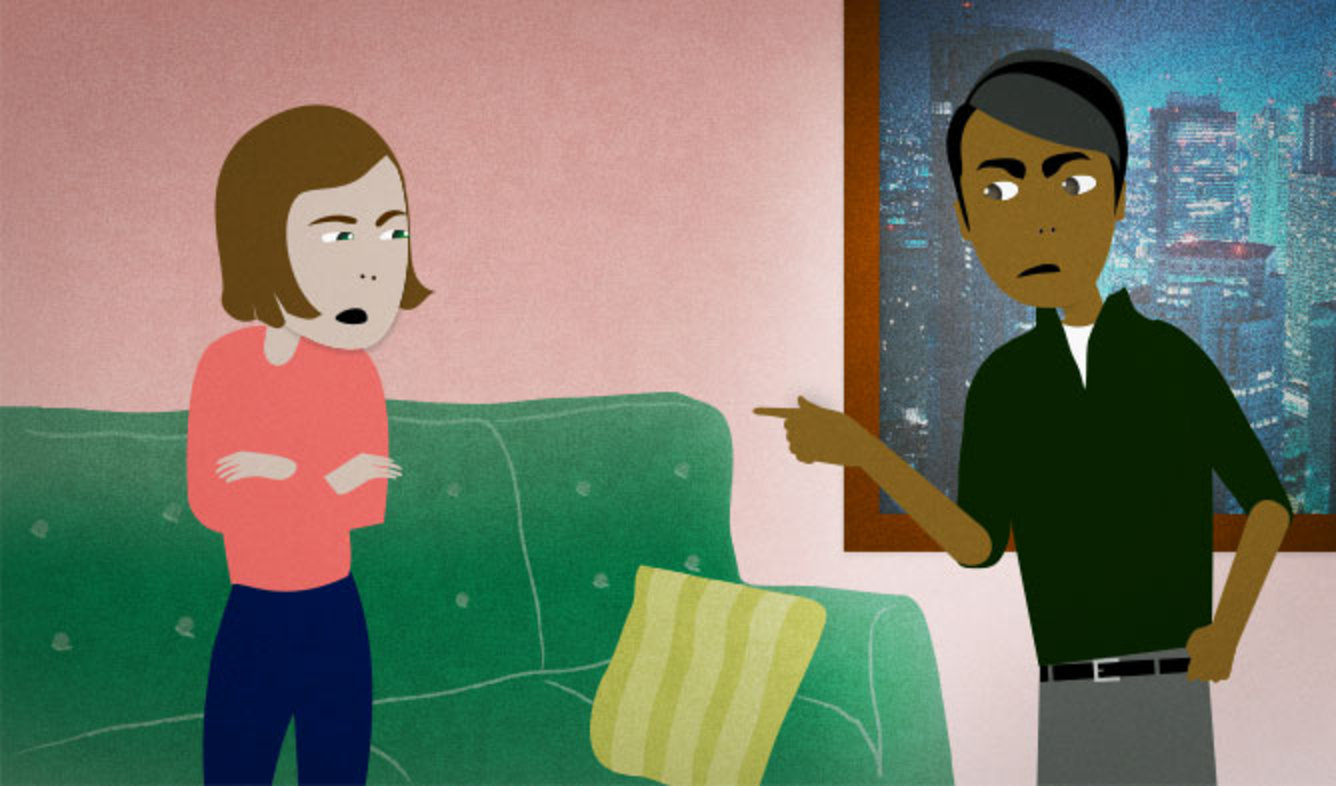 You're fighting with your boyfriend. He says something mean to you.

This is something that you say when you're really angry with a person. The message that it communicates is something close to "I hate you" and "Go away."

"Hell" is a horrible place that bad people go when they die in Western religion and mythology. So it's quite insulting to tell someone to "go to hell".

having an argument
Print this Lesson

“Your nose is runny. Come here and let me wipe it.”