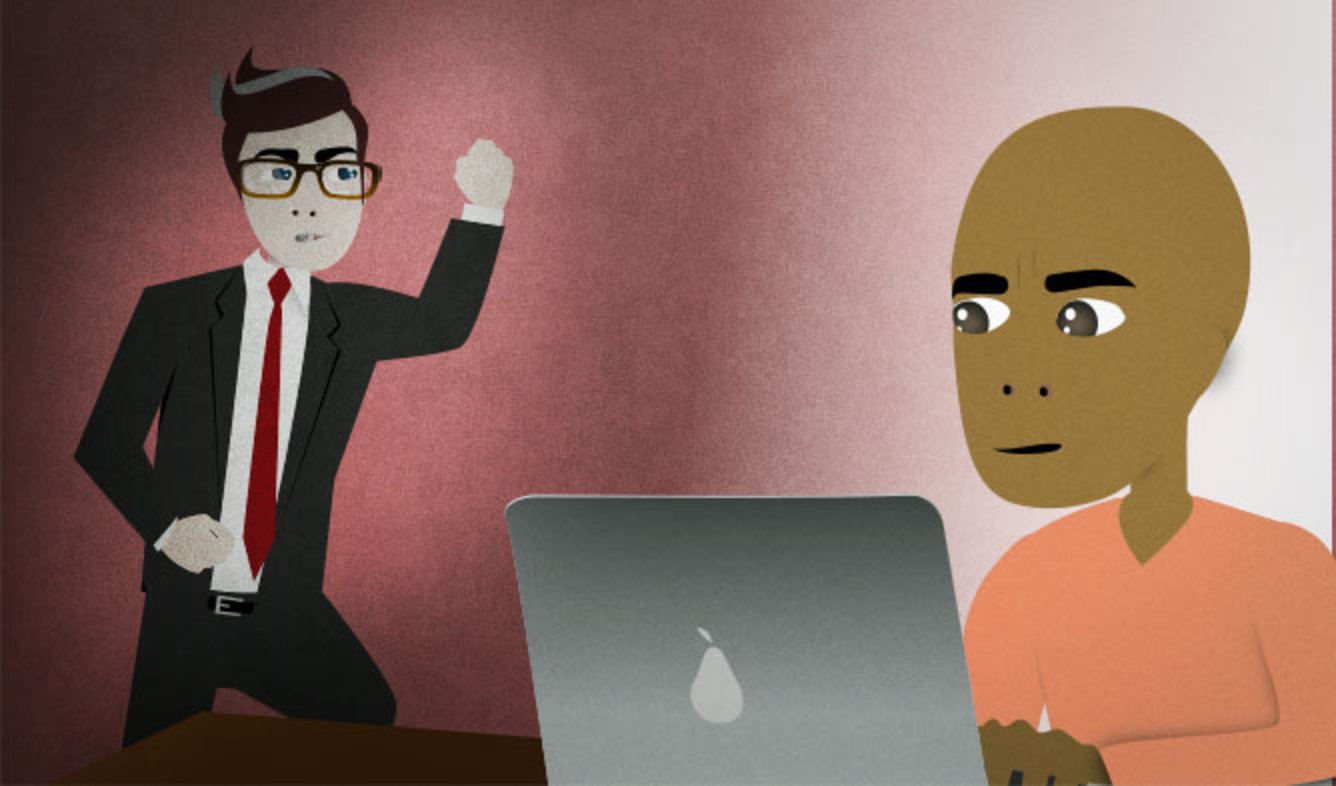 Someone is asking for advice on an Internet forum. They have a coworker who's making them feel uncomfortable. You write that this person should directly complain to this person. Now you want to end by giving some more general life advice.

Don't shy away from conflict; embrace it!

shy away from conflict

"Conflict" means struggling or fighting. The word "conflict" sounds clean and neutral. It's the word that a psychologist might use to talk about fighting with people, for example.

If you "shy away" from something, it means that you try to avoid it. For example, if a friend of yours often says controversial things, you can say this about him:

He's never been one to shy away from controversy. That's for sure!

When you "shy away from" conflict, it meant that you try to avoid arguing or disagreeing with people directly. The phrase "shy away from" makes this sound a little weak and cowardly.

"Embracing" something means hugging it or holding it close to your chest. For example, lovers "embrace" each other.

We use the word "embrace" to talk about physically hugging things, but we also use it metaphorically. Whenever you "embrace" something, you completely and happily accept it. People "embrace" things like:

“Why would you put an empty milk carton back in the fridge?”