Lessons They still use printed ballots in my ... 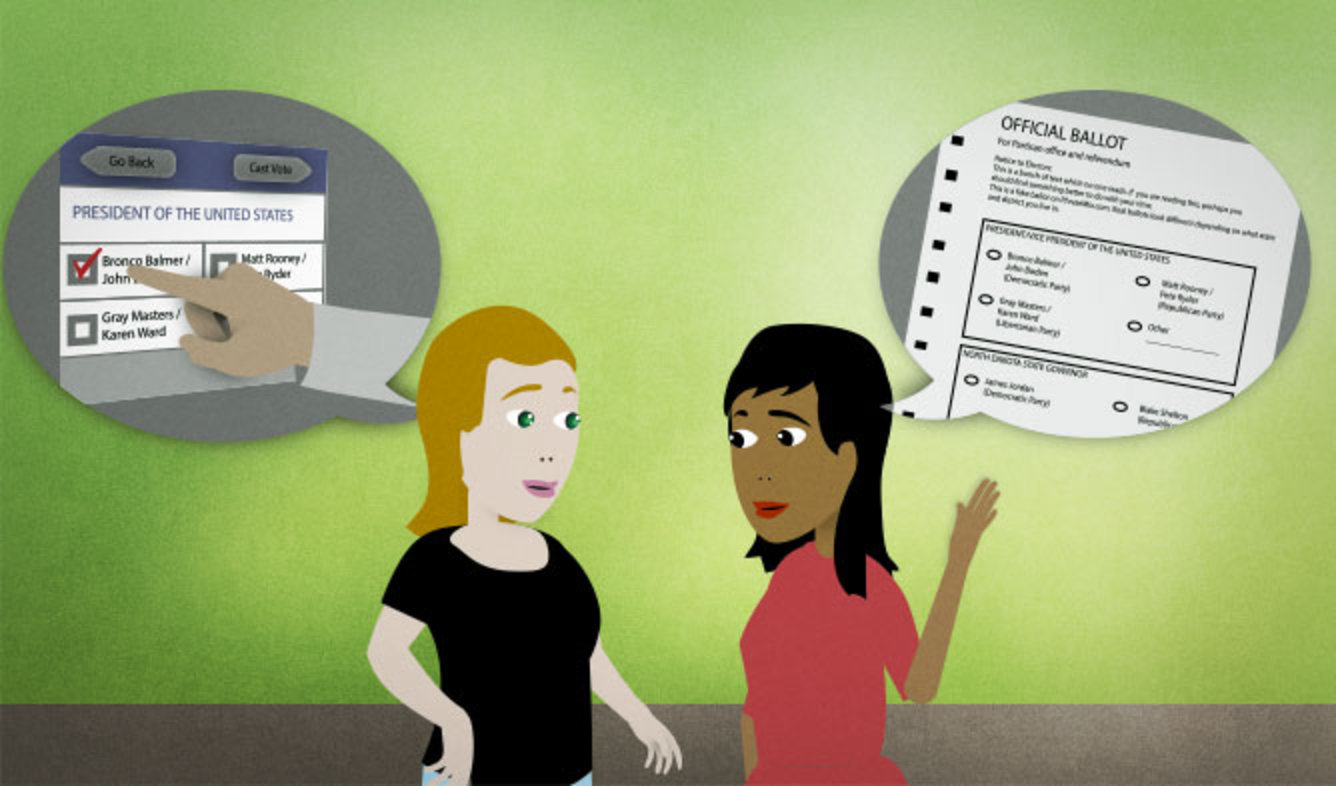 There was an election recently. You're talking with a friend about voting. She says that she had to use a computerized voting machine. You didn't, so you say this.

They still use printed ballots in my district.

A "ballot" is a form that people use for voting. Ballots include the names of each of the candidates in an election. Voters fill out the ballot to cast their vote.

Traditionally, all ballots were printed on pieces of paper. In recent years, "electronic ballots" on voting machines have been developed. So the term "printed ballot" now describes a traditional ballot made of paper.

Voting districts are usually numbered (like "District 19", "District 41", etc.). Other kinds of districts can be numbered or named for their location ("Wellington Falls Fire District").