Lessons Why would you put an empty milk carto...

“Why would you put an empty milk carton back in the fridge?” 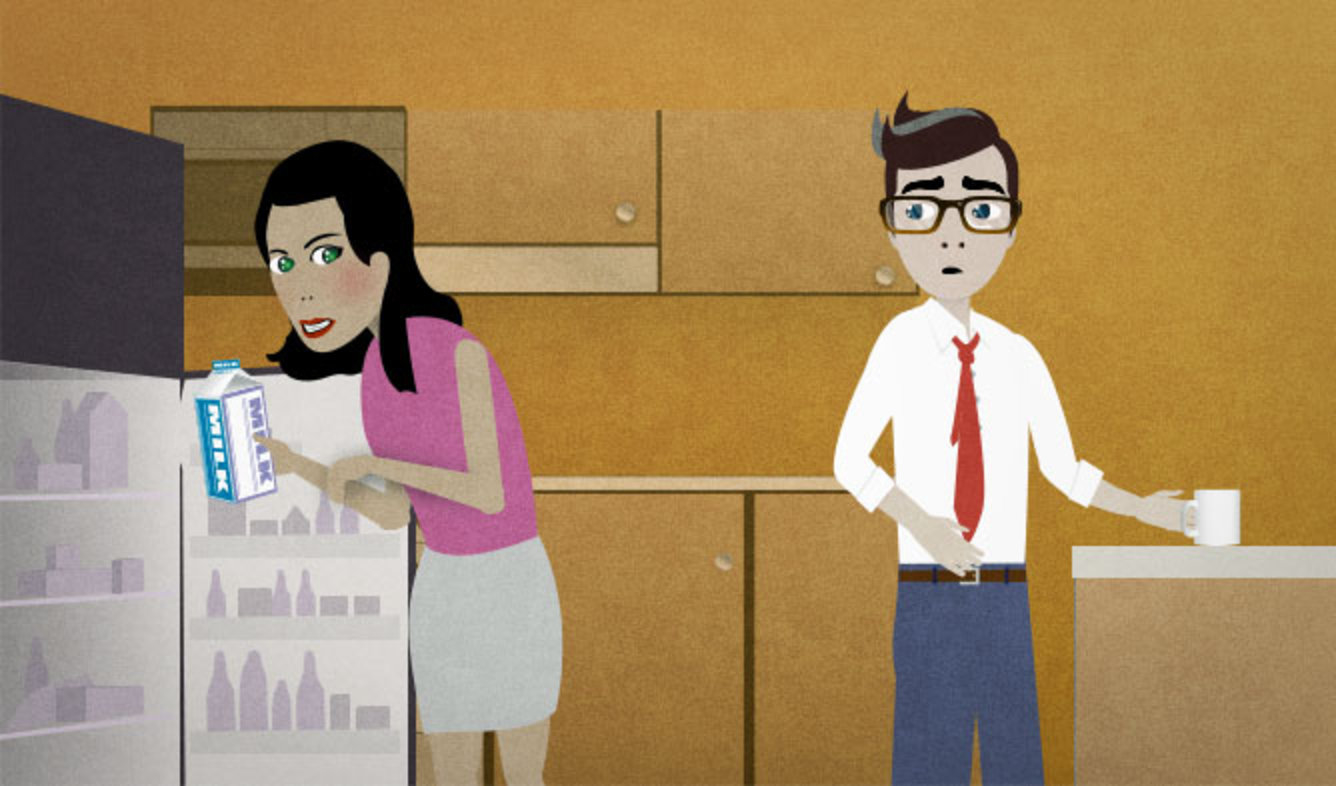 You've made a cup of coffee. You take the milk out of the refrigerator, but there's nothing in the container. You complain to your husband, who used the last of it.

Why would you put an empty milk carton back in the fridge?

Why would you (do something)?

When someone asks "Why would you ___?" they usually don't want an answer. It's not really a question; it's a criticism. It means "You shouldn't ___!" For example:

Why would you invite someone out to lunch and then expect them to pay for it?

Why would you spend money on a new pair of headphones when you already have a pair sitting unopened at home?

A "carton" is a container made out of thick paper. The most common kind of carton is a milk carton, which is a tall rectangular box with a triangular top. Other things that come in cartons include:

These are all different shapes, but all classified as "cartons".

English speakers usually call their refrigerator "the fridge". For example:

I have some beers in the fridge. You want one?

Can someone come out and take a look at my refrigerator? It's not staying cool like it's supposed to.

criticizing something at home would
Print this Lesson

“Your nose is runny. Come here and let me wipe it.”