Lessons Have these been run?

“Have these been run?” 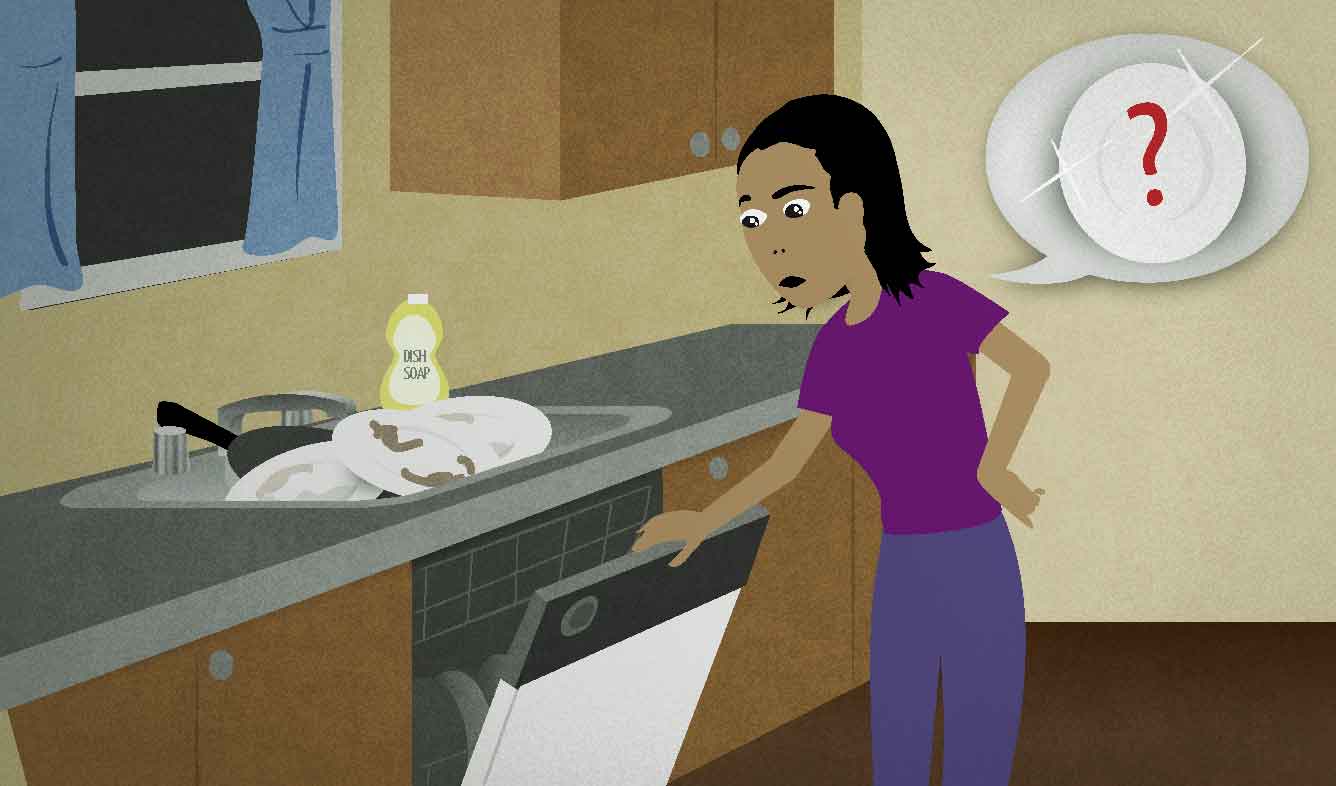 You open the dishwasher and you can't tell if the dishes are clean or dirty. You ask your husband this question.

When you use a dishwasher to clean dishes, you say that you "ran" the dishwasher. For example:

A: Are the dishes in the dishwasher clean?

B: Yeah, I ran it this morning.

Some other machines that you "run" include:

Usually the machines that you "run" should have a process with a clear starting and ending point like the ones above. But some people also use "run" for other machines that don't have a clearly defined process, like:

People also "run" computer programs. You can think of this as having a similar meaning to "running" a dishwasher: you start the program, and then it does some work and stops when it's finished.

Sometimes you can also use "run" to talk about the thing that a machine processes:

The towels smelled bad, so I ran them a few times.

The example sentence above says "Have these been run?" The word "these" is talking about the dishes, which are countable.

“We rented a little cabin in a remote area of the mountains.”

“From now on, you need to bring any discrepancies to my attention immediately.”