Lessons Have you been naughty or nice this year?

“Have you been naughty or nice this year?” 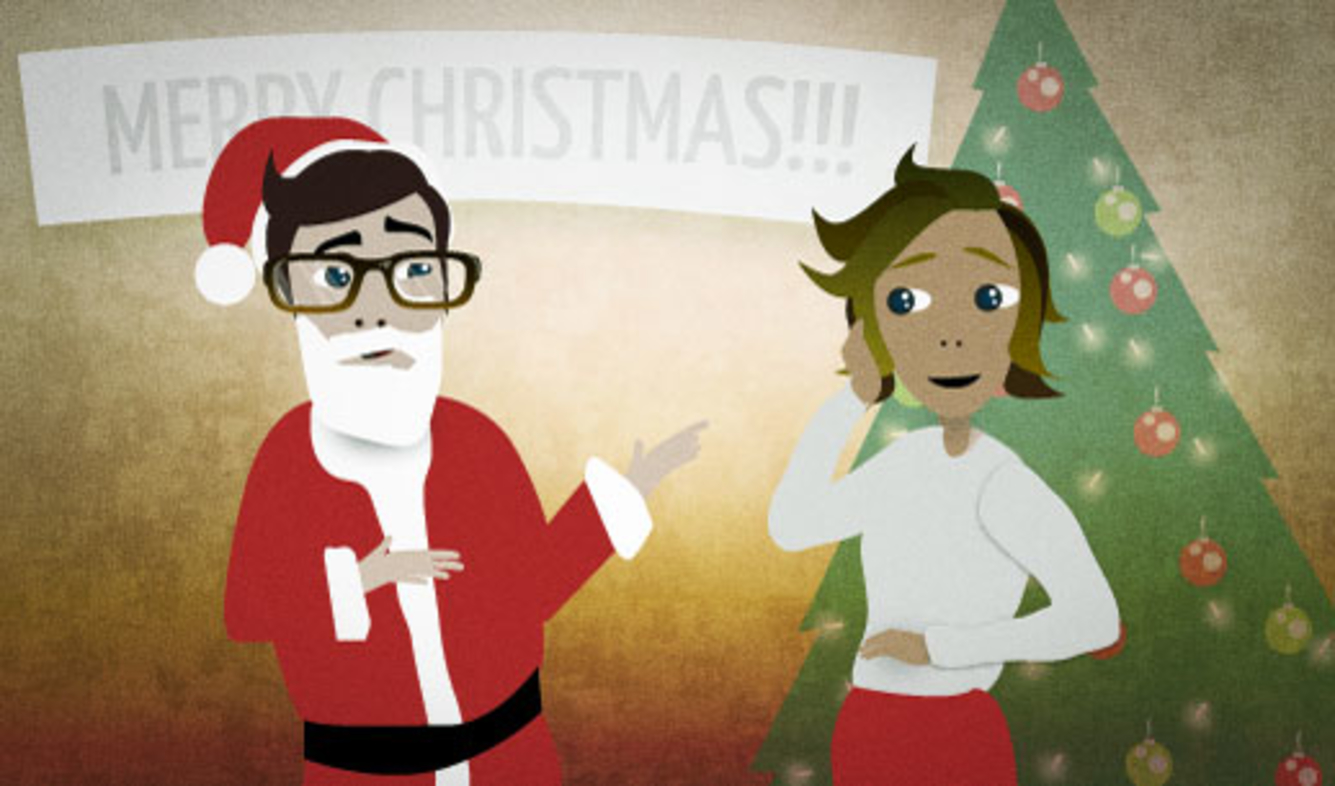 You're at a Christmas party. You're dressed up as Santa Claus. You see your girlfriend, so you walk up and ask her this.

Have you been naughty or nice this year?

(someone) has been (adjective) (time period)

To describe someone's behavior or characteristics during a certain time period, use "have been ___":

She's been really sick for the last few days.

Why have you been so moody this week?

There's a famous song about the character of Santa Claus:

Who's naughty and nice.

Santa Claus is coming to town.

The word "naughty" means "bad", in the sense of doing something that you're not supposed to.

In the past, "naughty" was used to describe children who did bad things or didn't listen to their parents.

These days, people rarely use "naughty" to talk about kids, except in the case of Santa Claus. Because the song above is so popular, people still think of Santa asking children whether they've been "naughty or nice". Children who have been "nice" get presents from Santa. "Naughty" children don't get any presents. (Or at least that's the threat that parents make!)

However, the word "naughty" is still used in a different sense. These days, it has a kind of sexual meaning. It means that you're doing something sexually that you're maybe not supposed to do. Couples who are doing role playing in bed will sometimes say things to each other like:

A: Have you been a naughty girl?

The word "naughty" itself isn't really a bad or controversial word, though. You can use it with most people; just keep in mind its sexual connotations!

“The good thing about it is that it doesn't need to be watered that often.”

“You know, this would actually be a great place to have our wedding reception.”