Lessons You know, this would actually be a gr...

“You know, this would actually be a great place to have our wedding reception.” 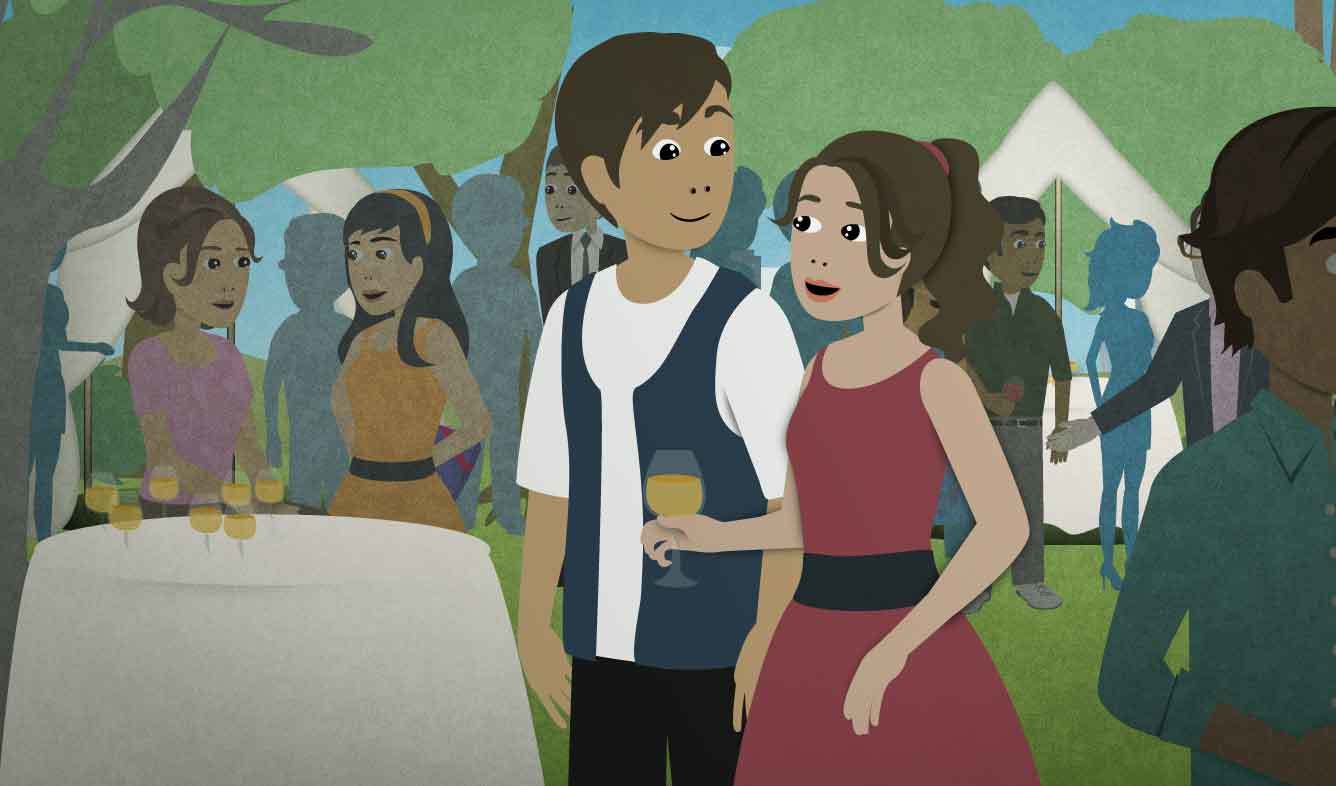 You're at a summer office party with your fiance. The location is really beautiful. You recently started planning your wedding. You realize that this venue would work really well well for the party after your wedding.

Say that something "would be ___" to describe an imaginary situation.

If I were rich, I would travel around the world non-stop.

In this example, the speaker is imagining having a lot of money, which isn't really the case.

Don't you think that you would get tired of talking with fans if you were a celebrity?

You can also use "would" to talk about something that might happen in the future, but isn't certain yet.

If you sold your business, what would you do for work?

If you went to Spain, where would you go?

"You know" is a phrase that you can use to introduce an idea that you have. You say "You know" to let people know that you're going to say something new and interesting that they probably don't know about yet:

In the example above, "you know" would be pronounced quickly and without stress.

A wedding "reception" is a party that is held after a wedding ceremony. Some things that might happen at a wedding reception include:

actually at a party wedding would
Print this Lesson

“Have you been naughty or nice this year?”