Lessons He got suspended for flipping off the...

“He got suspended for flipping off the bus driver.” 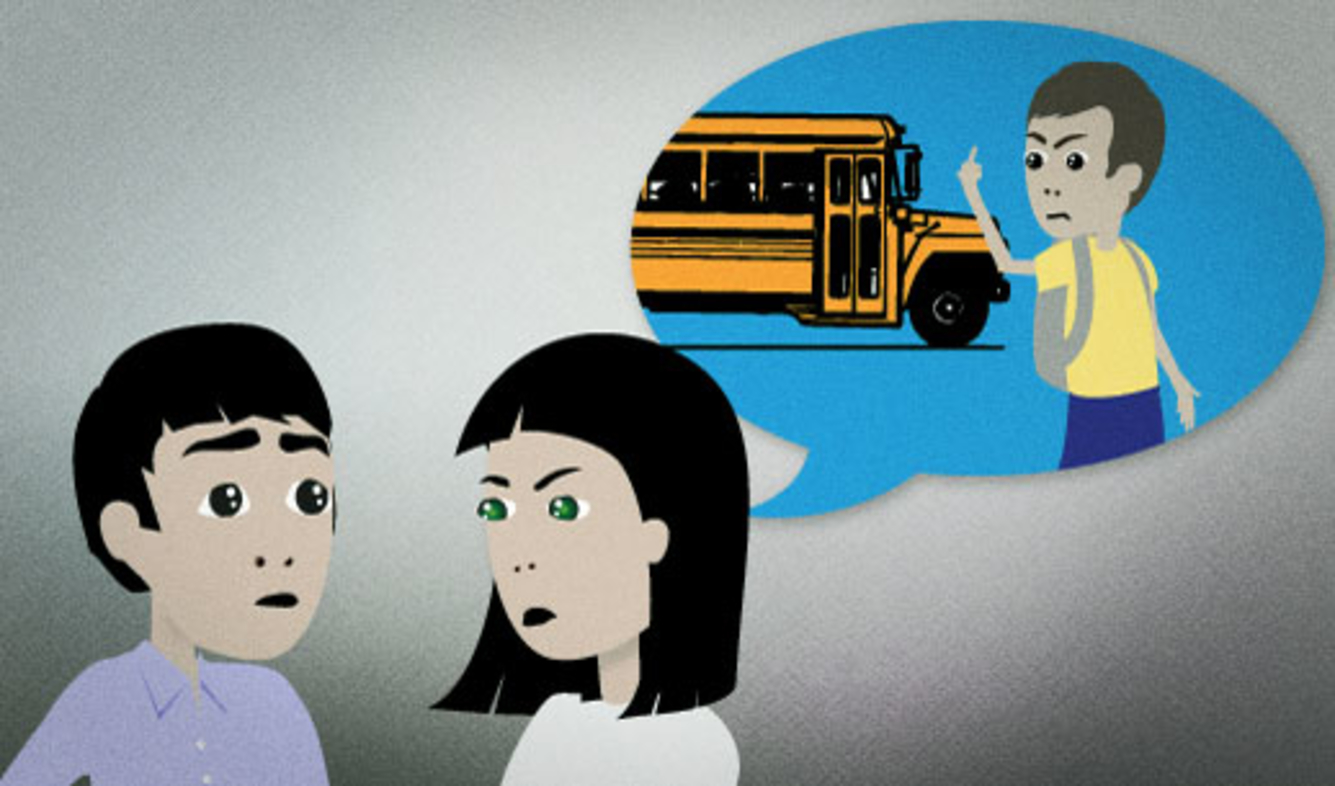 Your son made a rude gesture, so he got in trouble at school. Now he's not allowed to ride the school bus for two weeks. You're explaining what happened to your brother. You say this.

He got suspended for flipping off the bus driver.

(someone) got suspended (from school)

"Getting suspended" from school means that you can't come to the school for some specific length of time. Schools sometimes suspend students to punish them for bad behavior.

You can also "get suspended" from some other things:

This phrase refers to a certain rude gesture. In the United States, it's quite rude o do this:

Doing this toward someone is called "flipping them off".

The object of the phrase "flip off" can come in between the two words, or after them:

He got suspended for flipping the bus driver off.

“Don't you think you're rushing into things?”

“You've got to try this sauce. It's amazing!”