Lessons He has a kind of solid build, right?

“He has a kind of solid build, right?” 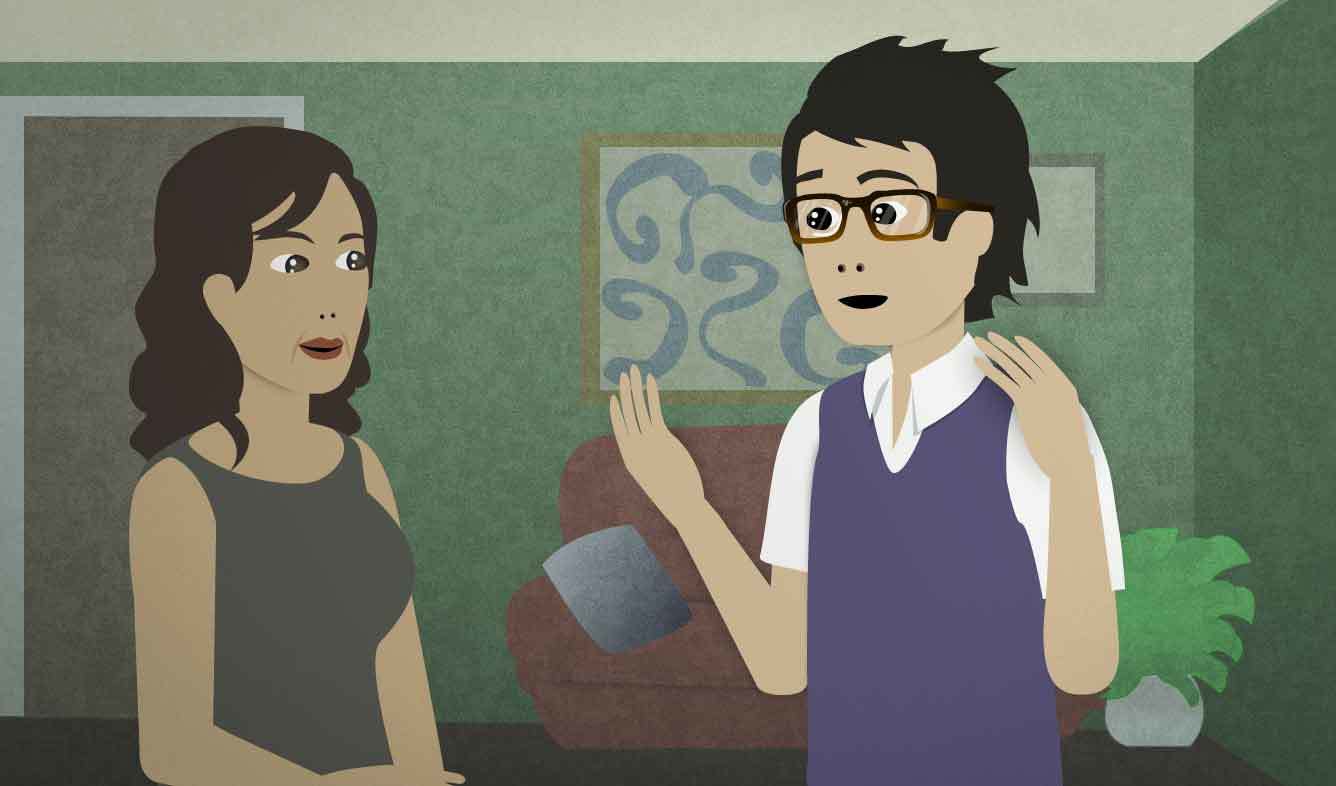 You're talking with your mother about your second cousin, who you haven't seen for many years. You think you remember him being broad-shouldered, muscular, and maybe a tiny bit overweight. You check with your mother to see if your memory is correct.

He has a kind of solid build, right?

A person's "build" means the shape of their body. You use it like this:

The owner of the bar had a slender build.

A person with a "solid" build is muscular, with maybe a little fat as well.

Some other words that go well with "build" include:

Put "right?" at the end of a sentence to ask someone to confirm what you just said. For example:

This is similar to using a tag question like this:

But "right?" is easier than a tag question because tag questions change depending on what kind of helping verb you use:

You were there, weren't you?

He sure talks a lot, doesn't he?

appearance describing something
Print this Lesson

“Don't you think she has your, kind of, pointy ears?”

“I feel like I might have left it at the bar I went to the other night.”