Lessons He proudly served on the New York pol...

“He proudly served on the New York police force for over 30 years.” 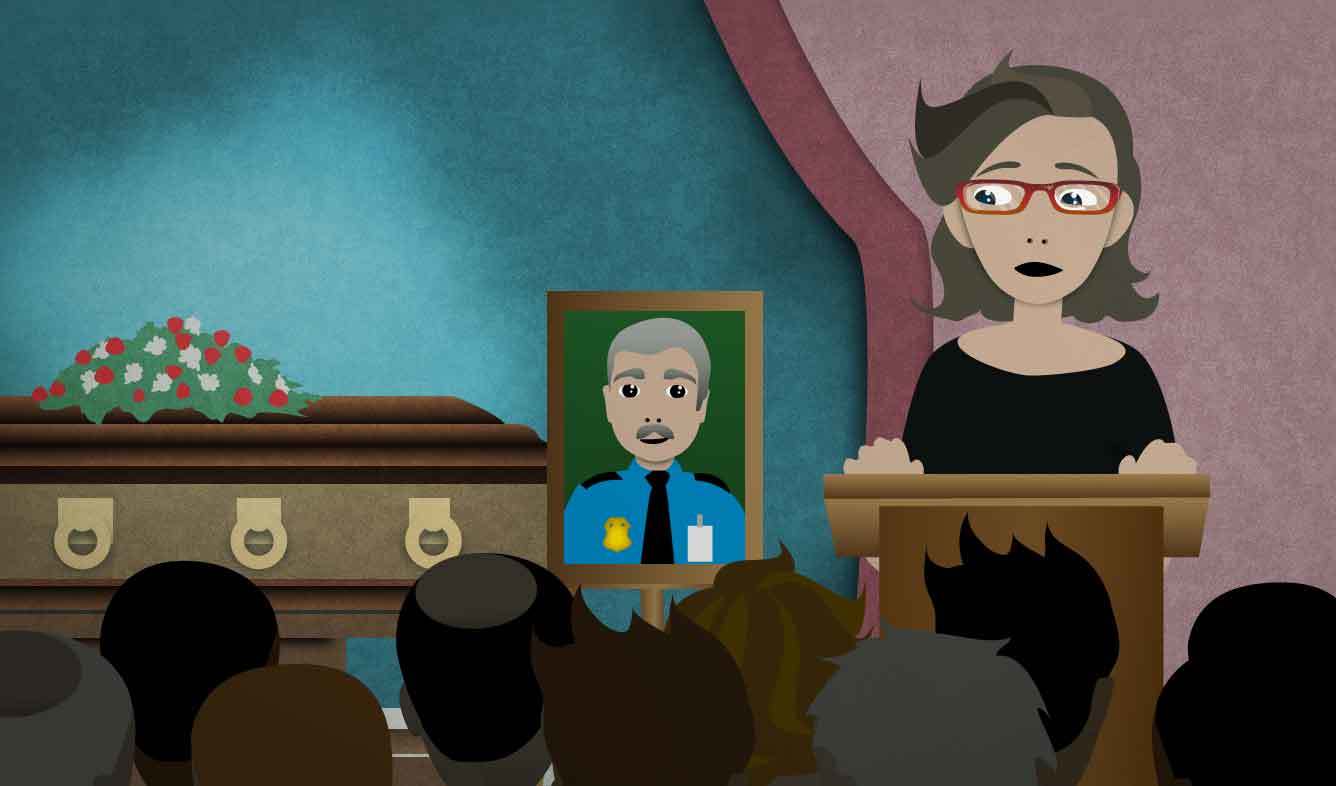 Your father just passed away. He was a retired police officer in New York. You're giving a speech about him so you talk about his job.

He proudly served on the New York police force for over 30 years.

(someone) proudly (does something)

When you're proud about something, you do it "proudly". Here are some words that go well with "proudly":

serve (in or on a group)

We use the word "serve" to talk about someone who uses their time to help other people. For example, someone can "serve" on the board of directors for a charity:

She's served on the boards of numerous charitable organizations.

A person can also "serve" in something like the military or police:

My family has served in our country's military for four generations.

Sometimes we say "serve in" and sometimes "serve on". It depends on what kind of group you're talking about:

Oh, are you on the force?

This means "Are you a police officer?"

“No one's going to come knocking on your door. You've got to take the initiative.”

“Strangely enough, I just bought a bike. You're welcome to have my old one.”