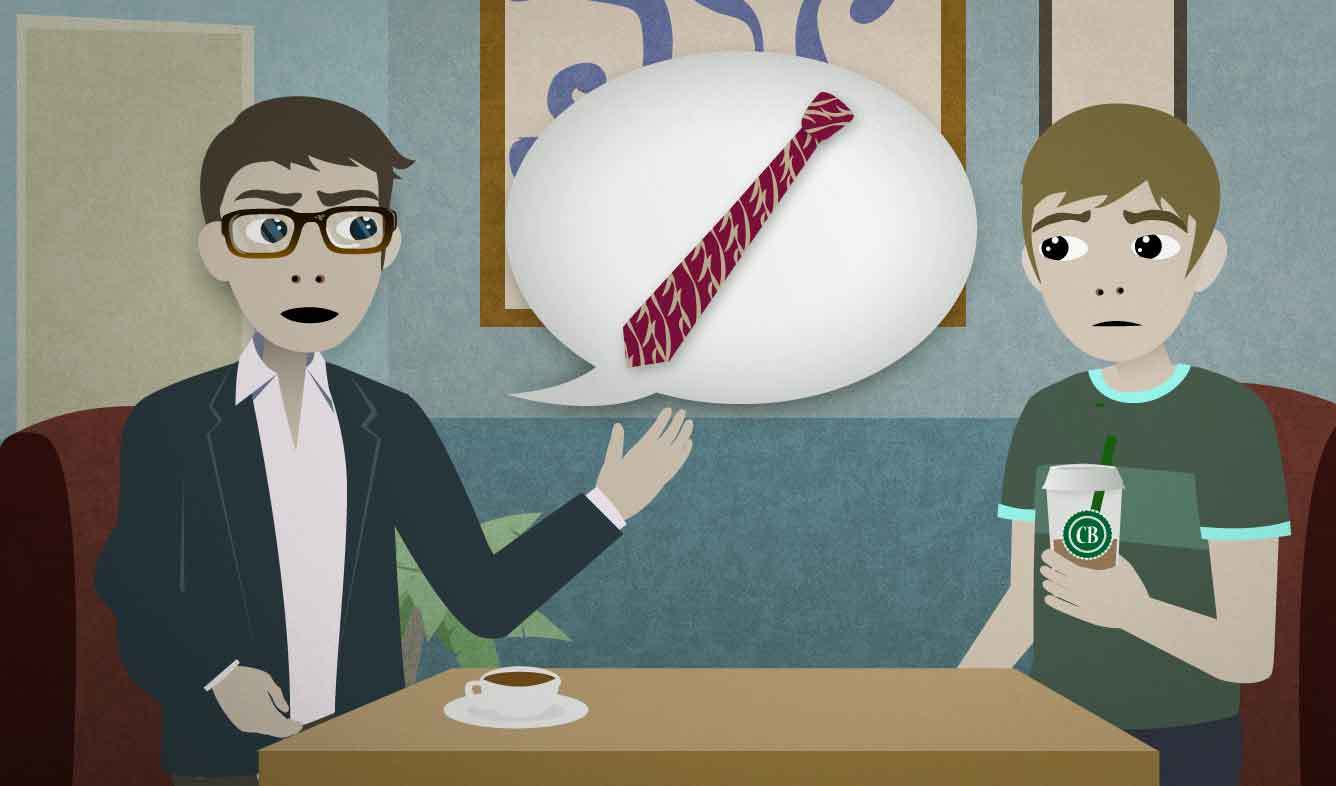 You're hanging out with your friend, talking about another friend who just started a new job. It's a big change for him and he's making a lot of money. You give an example of how his lifestyle has changed.

He says he bought a 90-dollar tie. Can you believe it?

Can you believe (something)?

The phrase "Can you believe ___?" is used to criticize something that you don't like. For example:

Can you believe he didn't even call me back?

Can you believe this shit? I've been waiting for over an hour!

Use "Can you believe ___?" when you think people are doing something that's totally unacceptable, and you're surprised about it. You usually say this to someone who you think will agree with your opinion.

"Just (did something)" is often used along with this phrase:

Can you believe she just took it without asking? How rude!

This is a similar expression to "an 8-hour drive". Like that example, you should be careful to use the singular:

He says he bought a 90-dollar tie.

The word "tie" can mean a necktie, which is a fashion accessory that mostly men wear. "Tie" is more common in everyday conversation than "necktie":

“Is it necessary to check the customer’s ID when they’re just making a deposit?”

“Louise has been killing it!”