Lessons He went on for like twenty minutes ab...

“He went on for like twenty minutes about how his neighbor is putting in a swimming pool.” 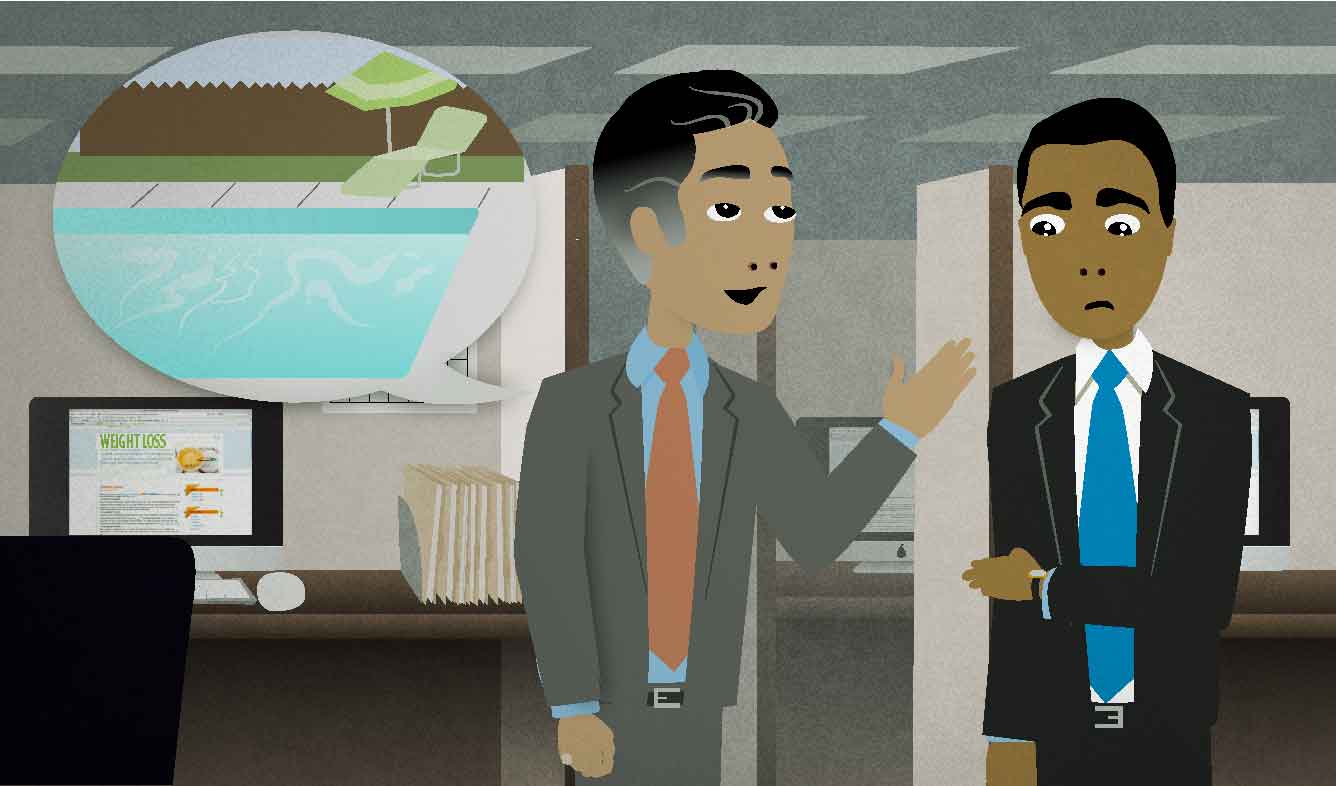 Your boss likes to talk a lot. Today you wanted to leave and go home, but your boss came to chat with you about things that weren't related to work. Now you're telling your girlfriend about this. You say this.

He went on for like twenty minutes about how his neighbor is putting in a swimming pool.

go on for (a length of time) about (a topic)

One of the meanings of "go on" is to continue talking about something. For example, if someone stops talking and you want to encourage them to say more about a topic, you say:

When you use "go on for ___" or "go on about ___", it expresses that someone is talking for too long. For example, in the sentence:

She went on and on about her dog.

...it's clear that the speaker didn't want to hear about the subject's dog.

You can use "go on for ___ about ___" to communicate both the length of time and the topic, or you can use "for" or "about" by themselves:

She went on for 15 minutes after you left.

Every time I talk to him, he goes on about why I need to move back out to Arizona.

Some older people don't like it when people use "like" in this way. However, it's a pretty well-established part of spoken language for a lot of English speakers now. It's still not used in formal writing, though.

Use a "how" clause when you want to say something about a fact. For example, here's a fact:

Most American people don't even own a bike.

And here's a sentence that's talking about this fact:

We were talking about how most American people don't even own a bike.

Here are a few more examples:

I love how he just stands there and watches while I do all the work!
(This is said sarcastically.)

It's crazy how you can live so close to somewhere like this and never even know that it existed.

"How" clauses like this usually come after the verb. It's not common to use a "how" clause this way at the beginning of a sentence.

put in (a structure)

This phrase is used to talk about installing a structure into your home or your yard. Some other examples include:

put in a new counter top

put in a bookshelf

put in a vegetable garden

To "put (something) in", there needs to already be a place that it's going into. So you wouldn't say that you were "putting in" a new bedroom. You'd say:

We're adding on a new bedroom for the kids.