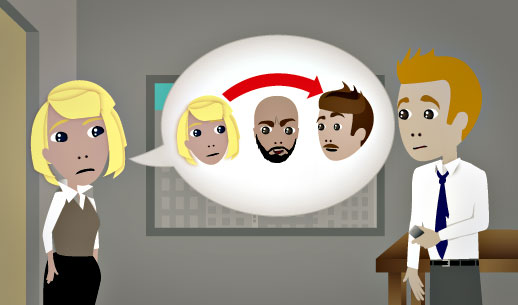 At work, you sent an email message to someone in the tech support department to get one of your computer programs fixed. The tech support manager sent you back an angry e-mail saying that you are supposed to go through him to get tech support help. You're annoyed that the manager got angry at you for such a small mistake. You're complaining to another coworker about it. You say this.

When you "undermine" someone's authority, it means to do things that make people lose respect for them. For example, if you point out your boss's mistakes in front of other people, it undermines his or her authority.

In the example at top, the tech support manager wants all requests to go through him. He thinks that, if the requests go directly to his employees, it will make people respect him less. In other words, it will undermine his authority.

“I stepped in a big puddle on the way over here, and now my feet are soaking wet.”