Lessons Hey, can we go back to what you were ...

“Hey, can we go back to what you were saying about the deposit slips? I have a question.” 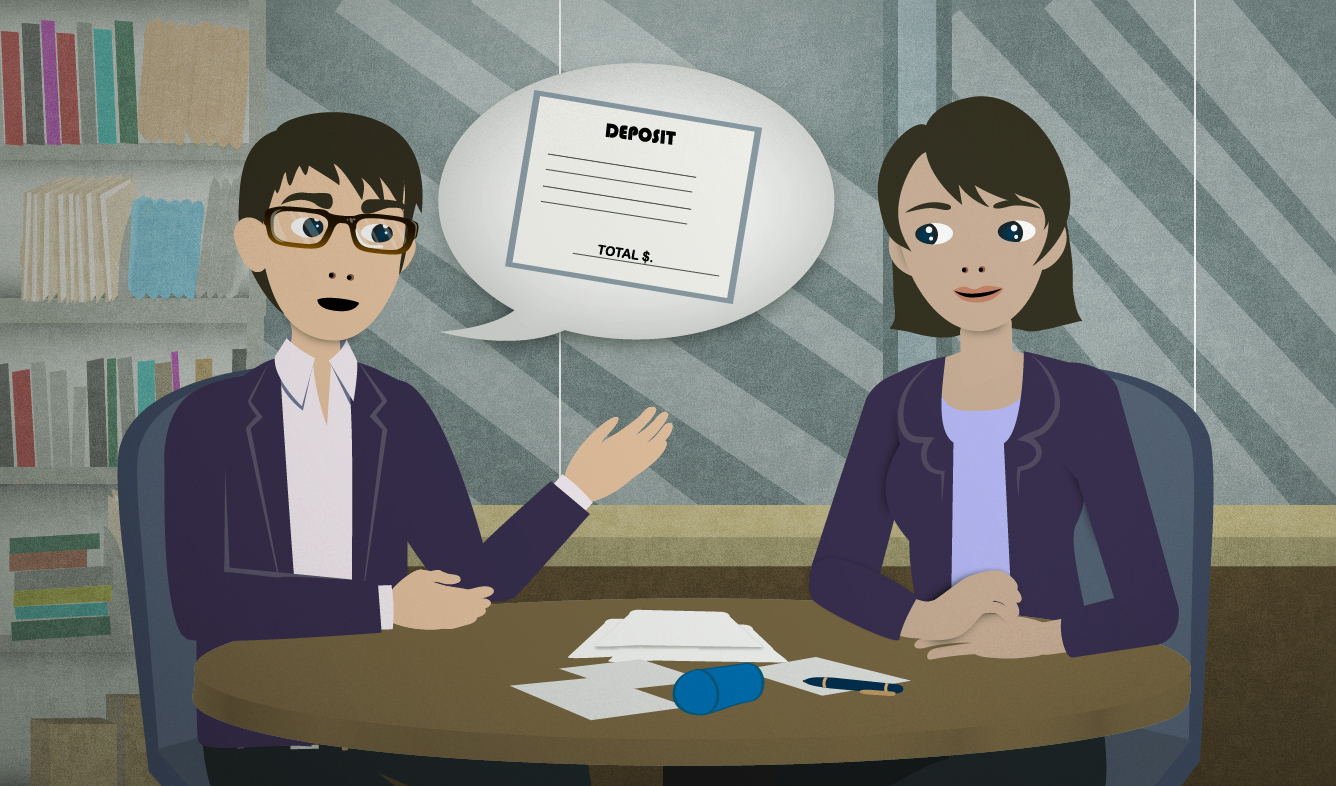 You just got a job as a bank teller. You're being trained. A few minutes ago, the trainer talked about deposit slips. Now she's moved to a different topic, but you have another question about deposits. You ask to return to that topic.

Hey, can we go back to what you were saying about the deposit slips? I have a question.

A "slip" is like a form, but it's usually smaller than a full sheet of paper. Some examples of "slips" are:

"Deposit slips" are pieces of paper that you have to fill out when you're depositing money into a bank account. You write your name, the amount of money you're depositing, your account number, and so on.

go back to (something)

In a conversation or a discussion, talking about a topic that you talked about before is called "going back to ___". For example, imagine a conversation between you and a friend:

Hey, I wanted to go back to your job. What were you saying about your boss?

If you're describing this conversation to someone else, you might say:

I asked him about his kids, but thene we went back to my job. So I told him...

A similar phrase is "come back to ___". Use this when you're having a conversation and you know that you might want to discuss a topic again later:

Let's move on, but we can come back to this later if anyone has any questions.

I have a question.

Say this to get someone's attention before you ask a question.

Dr. Mariel, I have a question. What do you mean when you say "economic liberalism"?

This phrase is common in somewhat formal situations like classrooms, meetings, lectures, and so on.

job in a meeting asking a question training
Print this Lesson

“The question isn't whether or not we love each other. It's whether we're read...”

“Yeah, it can be really intimidating traveling in a foreign country where you ...”