Lessons Hey, is anyone driving a blue Buick? ...

“Hey, is anyone driving a blue Buick? Your alarm's going off.” 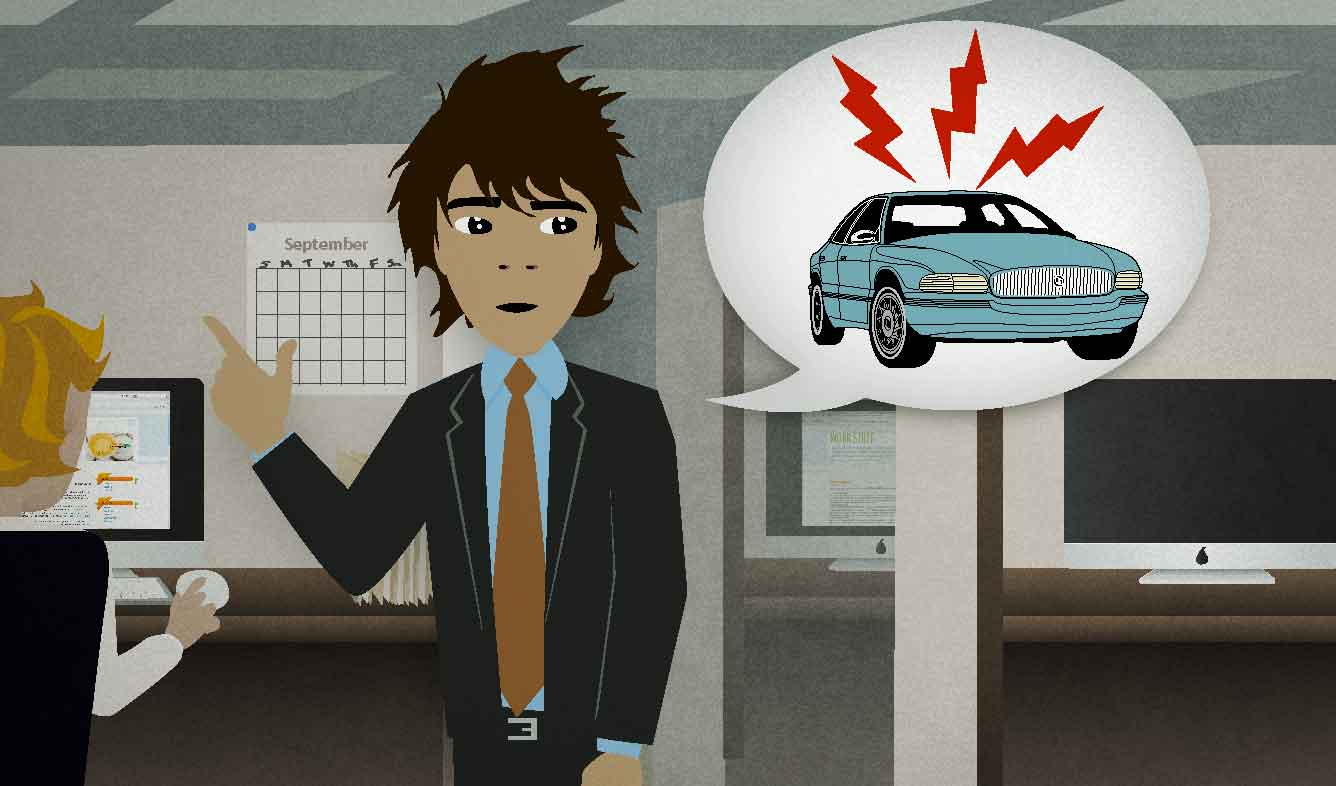 You just got in to work. When you were in the parking lot, you saw and heard a car alarm. When you get inside you make this announcement.

Hey, is anyone driving a blue Buick? Your alarm's going off.

You can use "anyone" when you want to direct a question at a whole group of people:

Does anyone know how to fix this?

Has anyone seen my cell phone? I think I left it laying in here somewhere.

(an alarm) goes off

The verb that describes an alarm making its alarm sounds is "go off". Car alarms, fire alarms, and even your alarm clock at home all "go off":

I was in class when the tornado alarm went off.

I usually wake up before my alarm even goes off.

Other things that are similar to alarms also "go off":

When he said that, warning bells went off in my head. Why did he want to know about that?

Did you hear the gun go off?

His temper is like a time bomb waiting to go off.