Lessons Hey, um, you've got something stuck i...

“Hey, um, you've got something stuck in your teeth.” 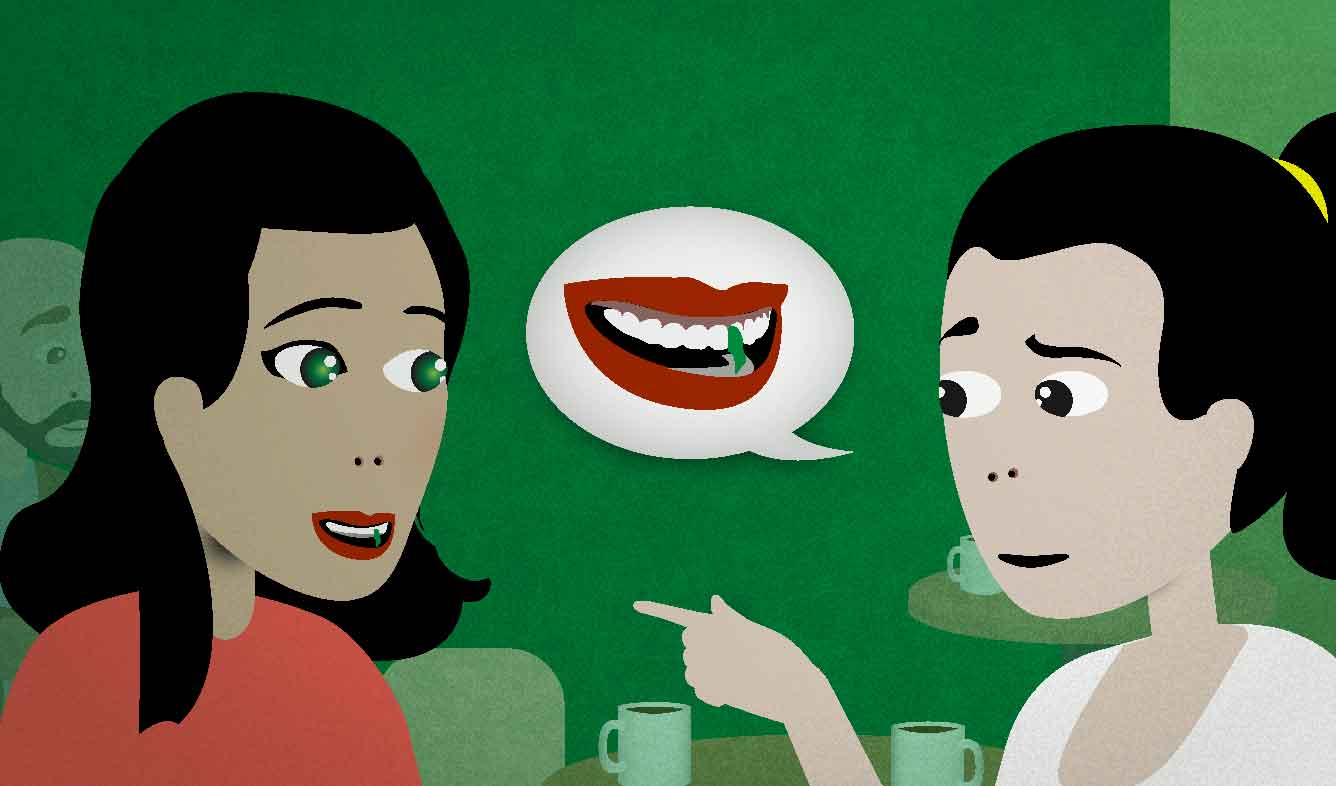 You're eating lunch with a friend. After you finish eating, your friend has a piece of food that's showing on her teeth. You want to tell her that it's there, so you say this.

Hey, um, you've got something stuck in your teeth.

English speakers use the sound "um" when they don't know what to say next. Here's an example from a TV talk show:

Well, my daughter in this show is very strongly liberal, and she's a very — she's a — she went to, uh, um, Stanford Law School, and she graduated from Stanford with honors.

Listen, um, I know that you're having a hard time financially right now, but I really need your rent check.

By the way, you might hear or read somewhere that you shouldn't use "um". That's a rule that English speakers are taught in school, because some people think that using "um" too much makes you sound unprofessional. But almost everyone uses it from time to time. As an English learner, it actually makes your English sound more natural when you use hesitation sounds like "um".

you've got something (somewhere)

"You've got something ___" is a phrase that you use to tell people that there is food or another substance somewhere on their bodies that it doesn't belong. For example:

Hey, you've got something on your lip.

You've got something in your hair.

(something) is stuck in (somewhere)

To be "stuck in ___" means that something is in a place and isn't coming out very easily. A person can be "stuck in" a room:

The door wouldn't open, and I was stuck in the bathroom for 20 minutes.

Hey, um, you've got something stuck in your teeth.

...the speaker says "stuck in your teeth". Obviously, the food isn't inside of the actual teeth. Instead, this sentence means that the food is in between some of her teeth and isn't coming out.

Some other common places where things get stuck include:

I was stuck in traffic for over an hour.

There's something stuck in my throat.

Our car got stuck in the mud.

“You know what helps me is as soon as the pain starts, I take an aspirin or so...”

“Life's not all fun and games.”