Lessons I actually wrote a paper on this in c...

“I actually wrote a paper on this in college.” 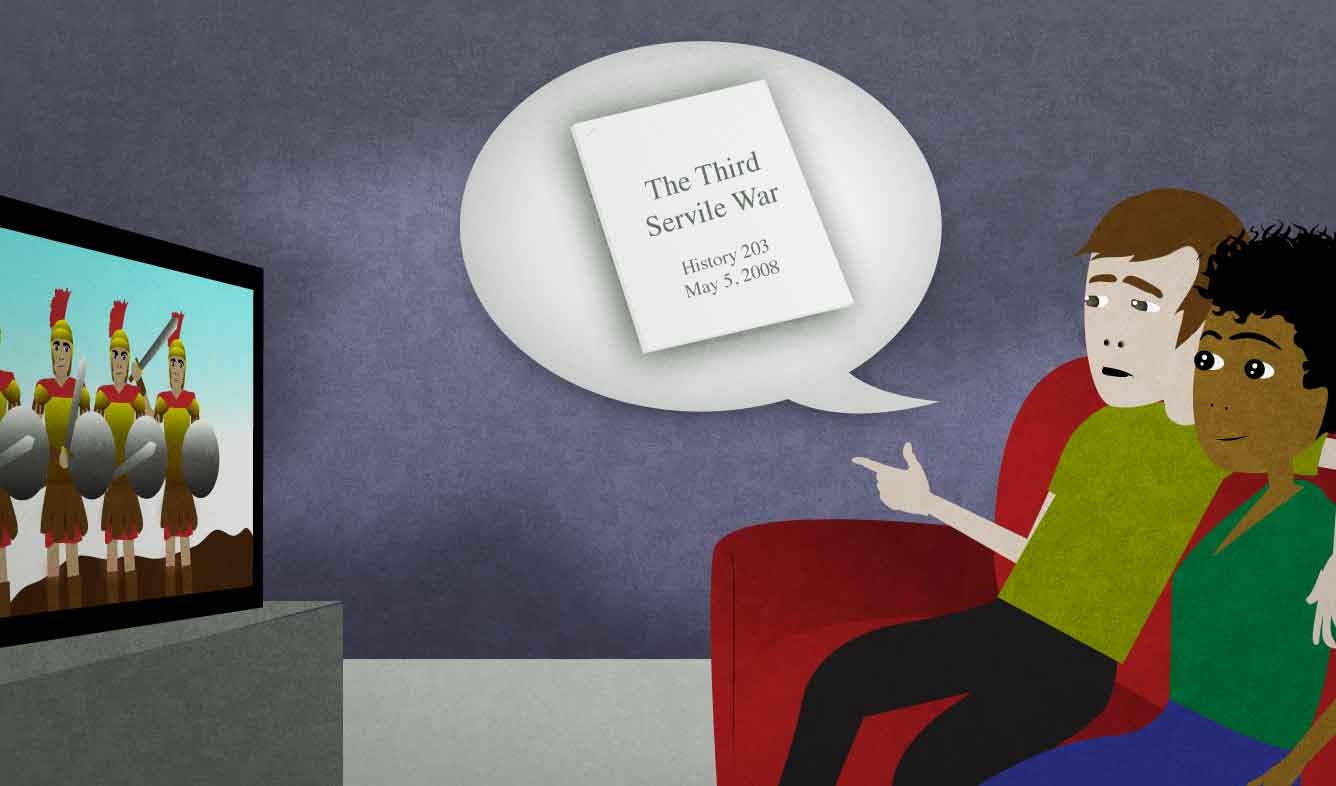 You're watching a documentary on TV about a war in ancient Rome. You remember studying this and writing about it when you were a student. You tell your girlfriend about it.

I actually wrote a paper on this in college.

write a paper on (a topic)

When you're in school, you have to "write papers" on different topics. A "paper" is something that you write about a certain topic. It's usually between 2-20 pages long.

You also write essays in school. An "essay" is shorter than a "paper".

Here's a full explanation of the difference between "college" and "university".

“Kids who learn martial arts gain not only strength and the ability to defend ...”

“We're trying to come to a consensus on where to go for drinks.”