Lessons I considered going into medicine, but...

“I considered going into medicine, but I decided that I wanted to do something a little more creative.” 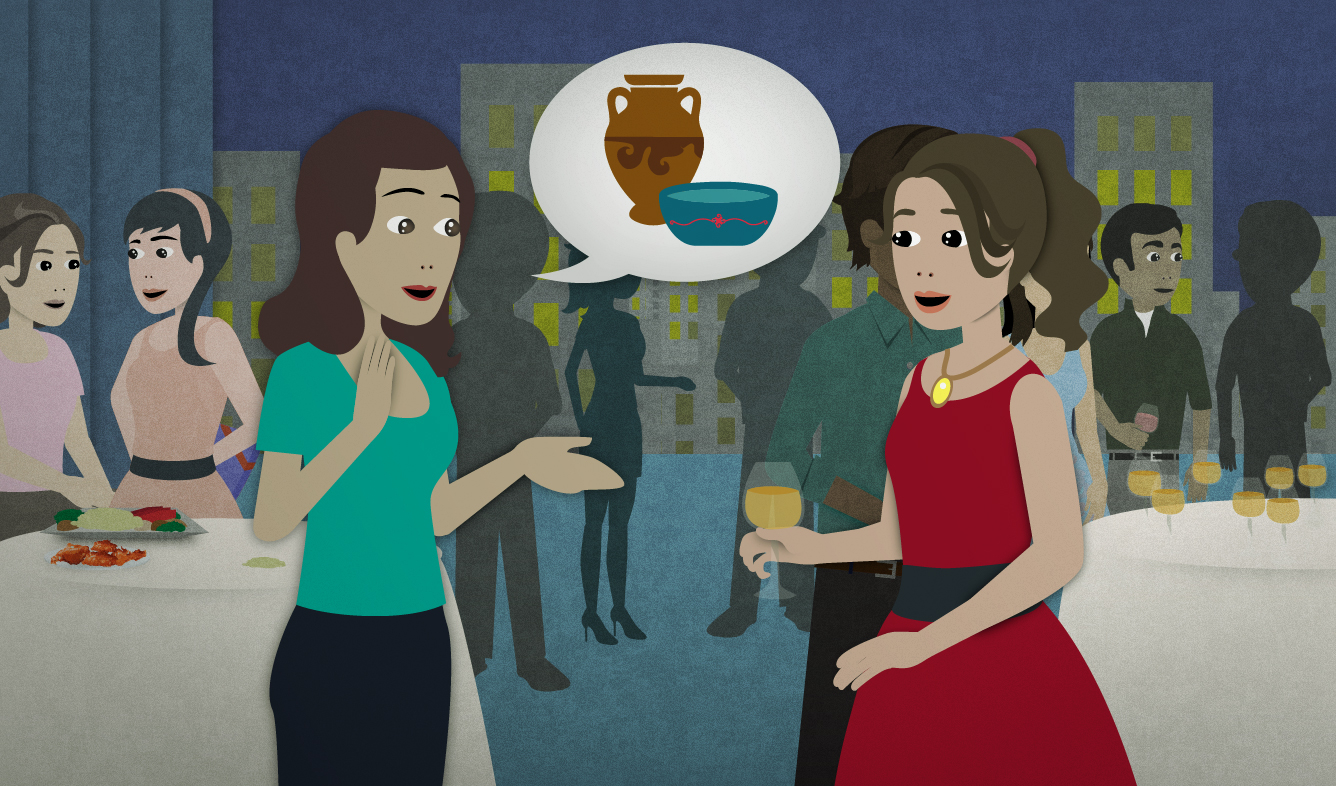 You make pottery for a living. You're at a party and you're talking to someone who's a doctor. You tell her that you almost became a doctor before you chose pottery.

I considered going into medicine, but I decided that I wanted to do something a little more creative.

To "consider ___ing" means to think carefully about doing something, so that you can try to decide whether you want to do it or not. Before you make a big decision, you "consider ___ing" for a while. For example:

You would say this when you've started to talk with your husband or wife about buying a house, but you haven't definitely decided whether to buy one yet.

A more casual way to express the same idea is "thinking about ___ing":

I hear you're thinking about going into medicine.

go into (a field)

To "go into" a field means to start a career in that field.

Here are some fields that you can "go into":

One meaning of the phrase "a little" is "slightly" or "somewhat":

I can tell that you're a little scared.

Doing "something creative" usually means making some kind of art or craft. "Creative" activities include:

“You might be tempted to cut corners on your taxes, but when the government co...”