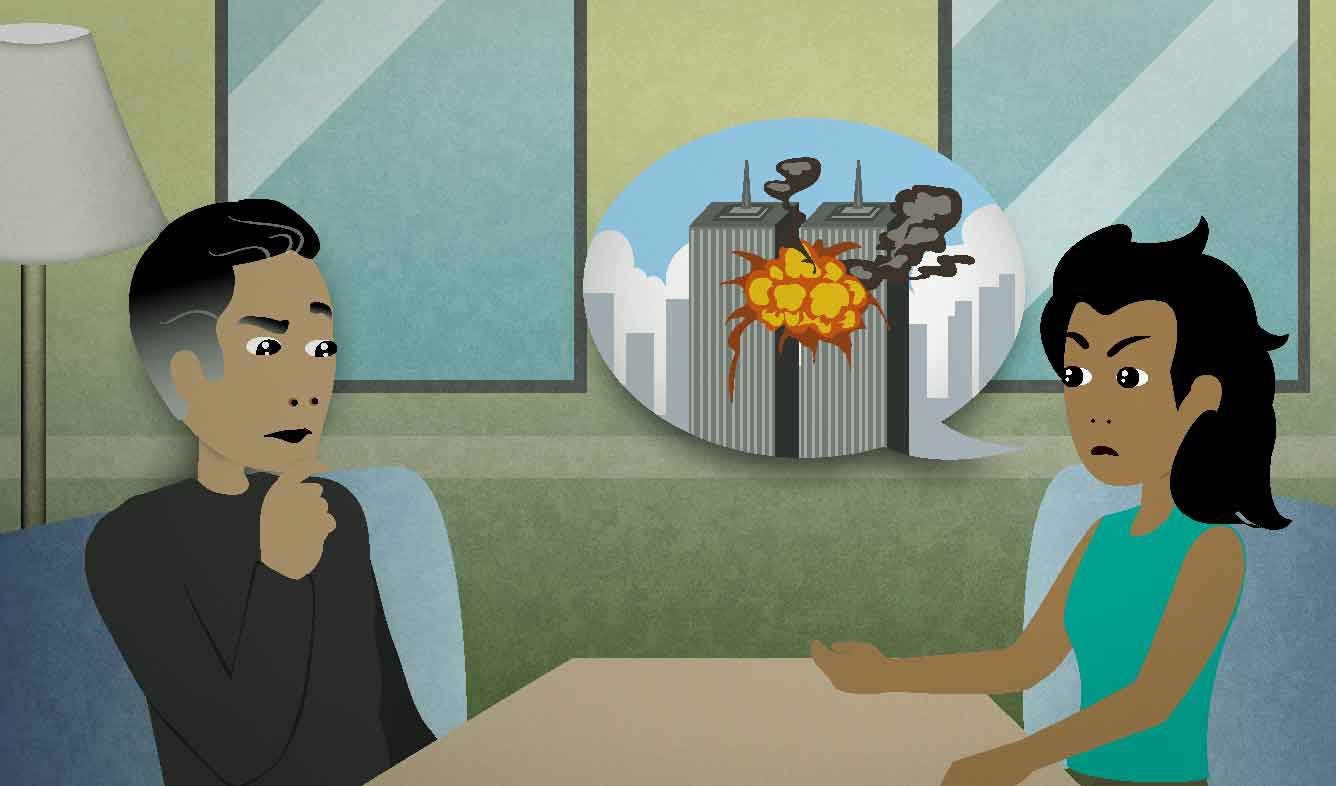 You're talking to a neighbor who thinks that the U.S. government planned the 2001 attack on the World Trade Center in New York. You don't think that's true. You say:

(someone) doesn't go for (something)

I don't go for all that fancy stuff. I like a good, old-fashioned meal.

You can also use this phrase to explain that someone doesn't accept something. For example:

You'd better be prepared when you go in to talk to Marjorie; she doesn't go for excuses.

If you think that a group of people secretly did something evil, that idea is a "conspiracy theory".

Some examples of conspiracy theories include:

“What can I say? Teaching runs in the family.”