Lessons I don't really want to go, but I feel...

“I don't really want to go, but I feel kind of obligated.” 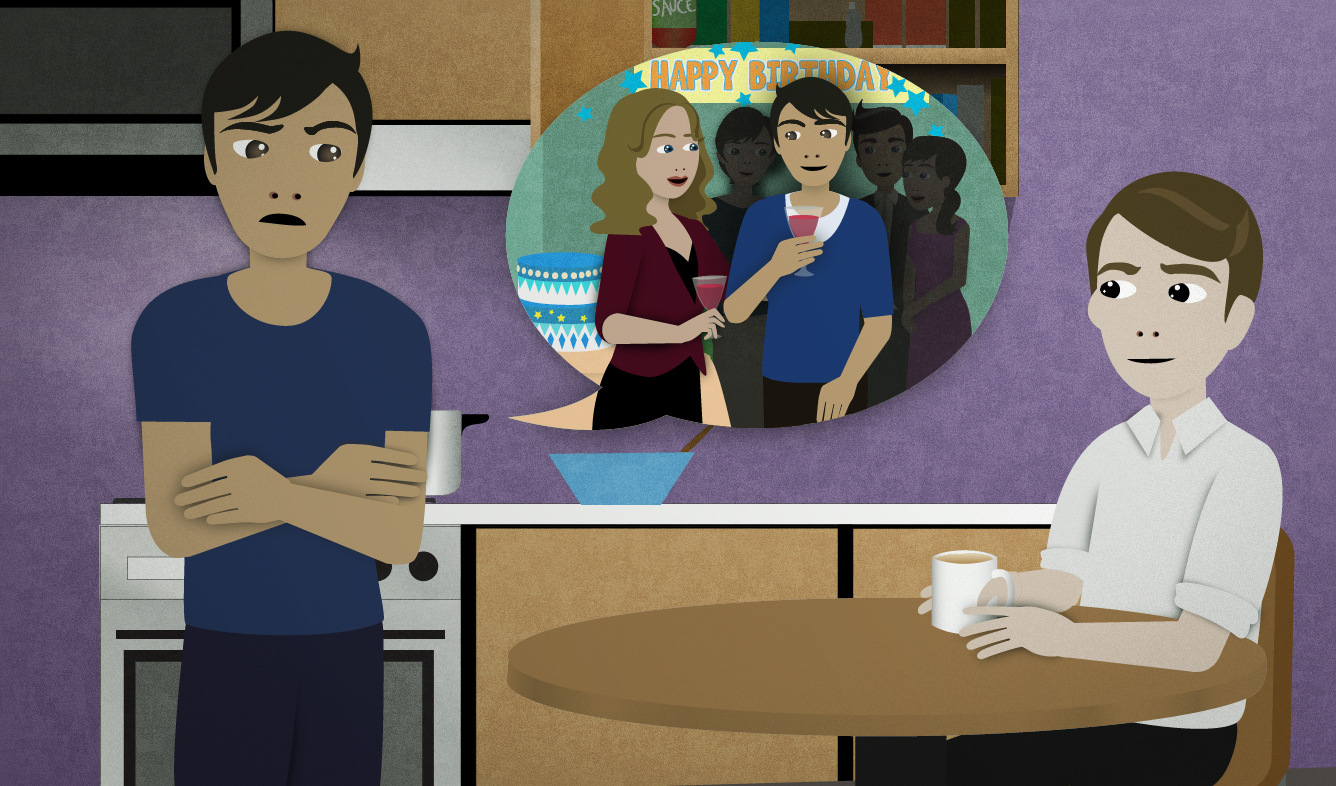 Your coworker has invited you to her birthday party. Because you see her every day, you feel like you should attend, but you would rather stay home. You explain this to your room mate.

I don't really want to go, but I feel kind of obligated.

feel obligated to (do something)

"Feeling obligated" to do something means that you feel like you have to do it. You're afraid that it would be rude not to do it.

You can use this phrase in a sentence like this:

I feel obligated to help because, you know, he helped us out a couple of months ago.

I don't really want to go, but I feel kind of obligated.

You can also tell someone not to feel obligated to do something:

Don't feel obligated to come if you're too busy.

I don't really want to (do something)

This is a way to admit that you don't want to do something:

I don't really want to eat out tonight.

When you add "really" it sounds a little softer than simply saying "I don't want to ___." This might sound angry:

I don't want to spend a lot of time on it.

“I'm not saying that they're not skilled musicians... their stuff just isn't f...”