Lessons I got mixed up and took Highway 50 So...

“I got mixed up and took Highway 50 South instead of North.” 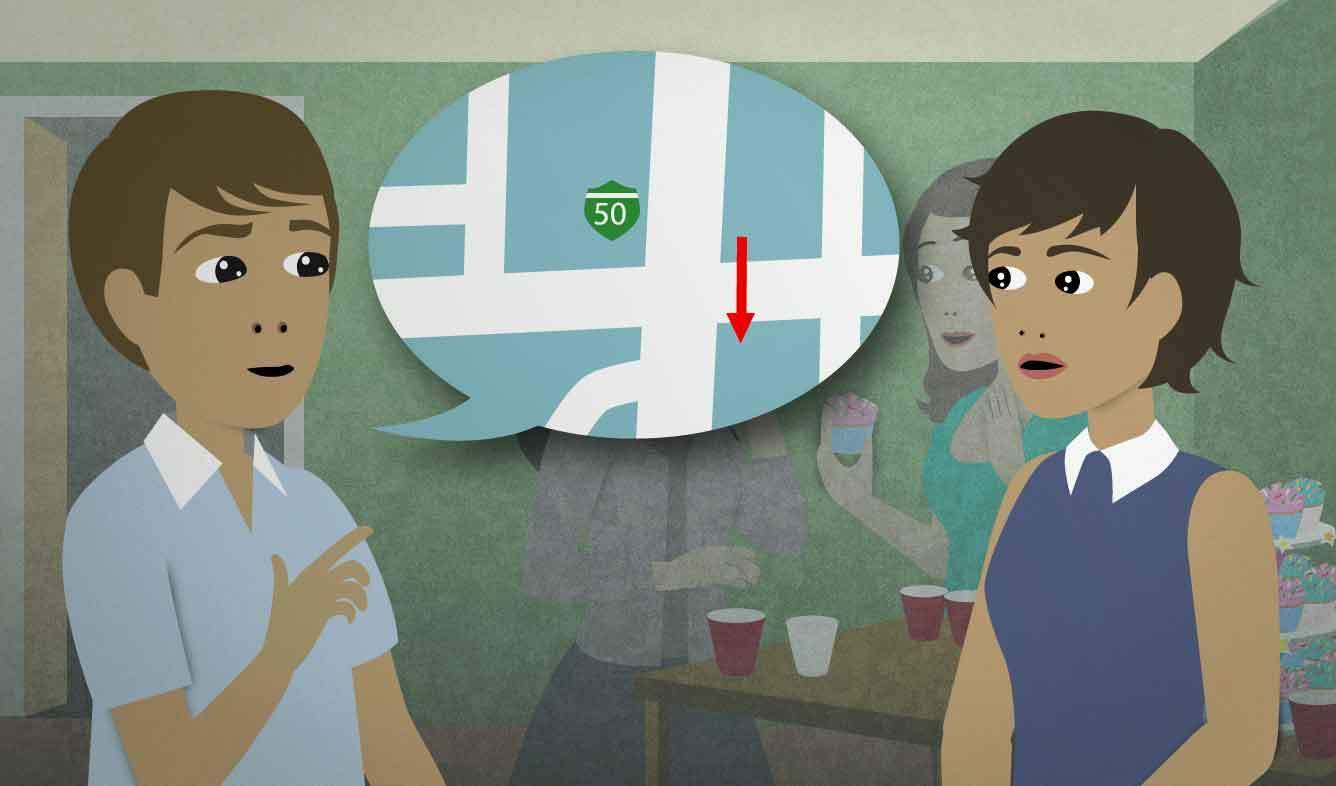 You arrive late to a family reunion in a nearby city. You explain how you got lost on your way there.

I got mixed up and took Highway 50 South instead of North.

(someone) got mixed up and (did something)

To "get mixed up" means to confuse two or more ideas in your mind. Usually when you "get mixed up" it means that there are choices that you make a mistake and accidentally switch. For example,

I got mixed up and took Highway 50 South instead of North.

You tell what you did when you were confused with the phrase "and (did something)":

They must have gotten mixed up and tried to use Version 2 instead of the newer version.

A "highway" is a road that drivers can drive quickly on with few stop signs or traffic lights.

In the U.S., a lot of highways are given numbers. People refer to them like this:

The two directions of a highway are usually marked as "North" and "South" or "East" and "West":

Use the word "take" to talk about choosing which road to use:

Did you take the highway or the back roads?

You take I-95 down to Washington, DC and then head east.

You also "take" a direction when you're driving:

I took a left when I should have taken a right.

“There's a fine line between helping your kids with their homework and doing i...”

“He can be painfully shy when he's around strangers, but to those of us who kn...”