Lessons I had nothing to do with that.

“I had nothing to do with that.” 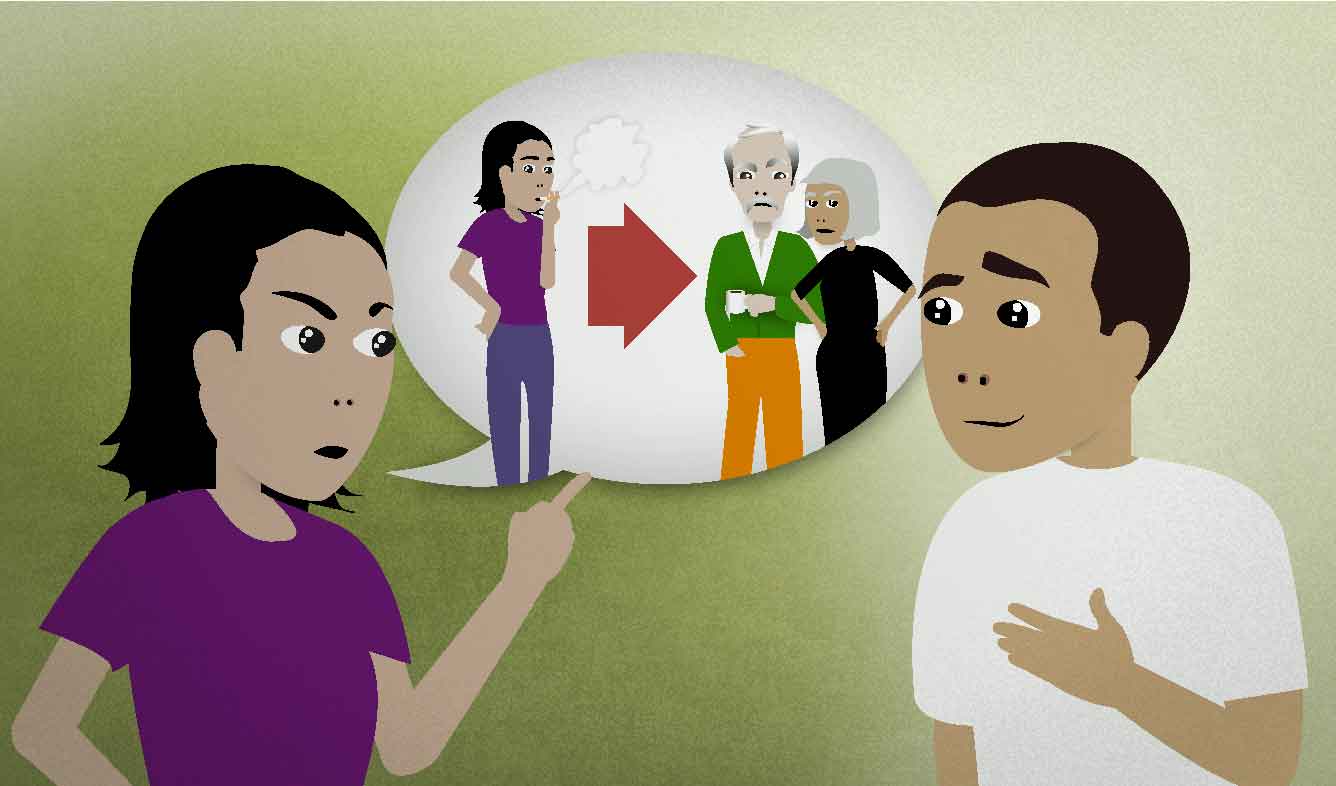 Your parents found out that your sister has started smoking & got angry at her. You already knew she was a smoker. Your sister thinks that you told them, so now she's angry at you. But you weren't the one who told them, so you say this.

I had nothing to do with that.

(someone) had (something / nothing) to do with (something)

"Have something to do with ___" means to be connected with, or be responsible for, something. For example, you can talk about a murder on a TV show:

The cops think she had something to do with his murder.

This means that she might have murdered him, or payed someone to murder him, or known about the murder.

I had nothing to do with that decision. It was all Marie's idea.

"Have (something/nothing) to do with __" is more often used to talk about your responsibility for bad things than for good ones, but can be used for both.

Use "that" to refer to something that a person just said:

A: I'm going to try to start a career as an actor.

Or you can talk about something that you heard on T.V. or radio using "that".

“This one is relatively inexpensive.”

“I've had to walk up and down six flights of stairs all week.”