Lessons I think the guy in the fedora just wi...

“I think the guy in the fedora just winked at me.” 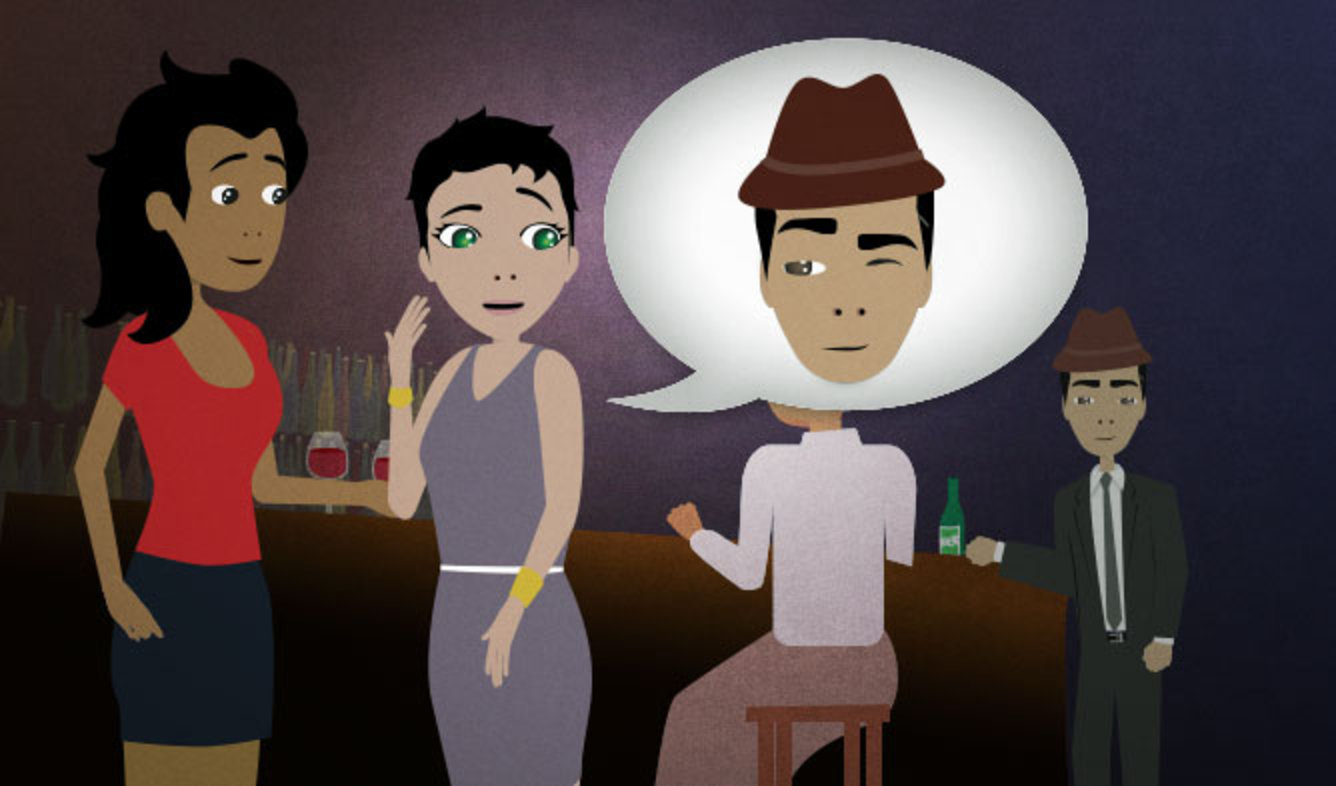 You're at a bar with a friend. There's a man who's been looking at you, and he just blinked one eye. You think he did it for you and you don't know how to respond, so you tell your friend about it.

I think the guy in the fedora just winked at me.

(someone) just (did something)

One of the uses of "just" is to express that something happened very recently. It can mean a few minutes before:

I'm sorry, he just walked out to go get lunch.

What did he just say?

Or it can mean a few years:

Mankind has just started to study ways to understand and control DNA.

But in any case, "just" means a short time before.

(someone) in the (something)

You can talk about what a person is wearing with "in the ___":

the woman in the blue skirt

the kid in the gray hoodie

You can also identify someone with "with the ___":

the man with the big glasses

A "fedora" is a kind of hat. It has a narrow brim going all around the head.

Fedoras were most popular in the mid-1900's.

When someone briefly closes one eye while looking at you with the other eye, they may be "winking at" you. Winking is a gesture that suggests that the winking person is sharing some kind of secret with you.

People sometimes use a wink to suggest that there's some kind of sexual attraction between them and the person they're winking at.

You can also wink at someone to show that you're lying to another person. For example, you might tell your brother that the dinner he cooked was really good, while winking at your brother's children to show that it actually wasn't very good.

appearance dating at a bar or club
Print this Lesson

“It's about this seemingly normal suburban couple who are actually undercover ...”

“That region holds a special place in my heart.”