Lessons It's about this seemingly normal subu...

“It's about this seemingly normal suburban couple who are actually undercover spies.” 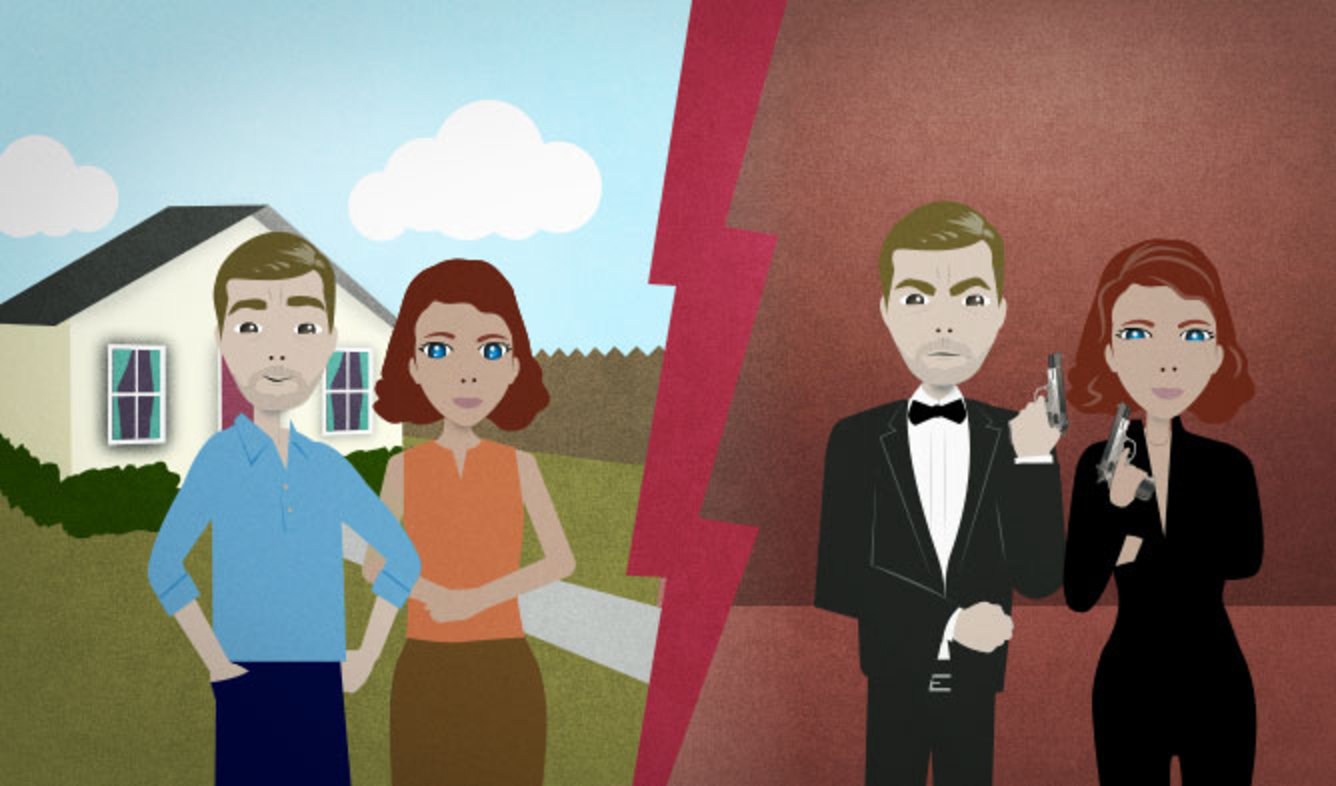 There's a new TV show that you've started watching. You're trying to get your husband to watch it with you, so you describe the show's main premise.

It's about this seemingly normal suburban couple who are actually undercover spies.

a seemingly (adjective) (something)

Use the phrase "seemingly ___" to talk about something that seems to be one way, but is actually something different. For example:

The drive back was seemingly endless.

It's amazing how even seemingly reasonable people can get caught up in believing this kind of stuff.

A "suburban couple" are two married people who live in the suburbs, which is a small town that's nearby a larger city.

In the U.S., living in the suburbs is associated with having a "normal" family life. The suburbs seem safe but boring.

A "spy" is someone who pretends to be part of one group, but is actually giving information to another group. For example, the U.S. has spies living in other countries who send information back to the U.S. government.

When a person "goes undercover", they use a false identity in order to get some kind of information. In addition to spies, police officers also sometimes go undercover.

“I think the guy in the fedora just winked at me.”