Lessons I tried to merge into the right lane,...

“I tried to merge into the right lane, but there was a car in my blind spot.” 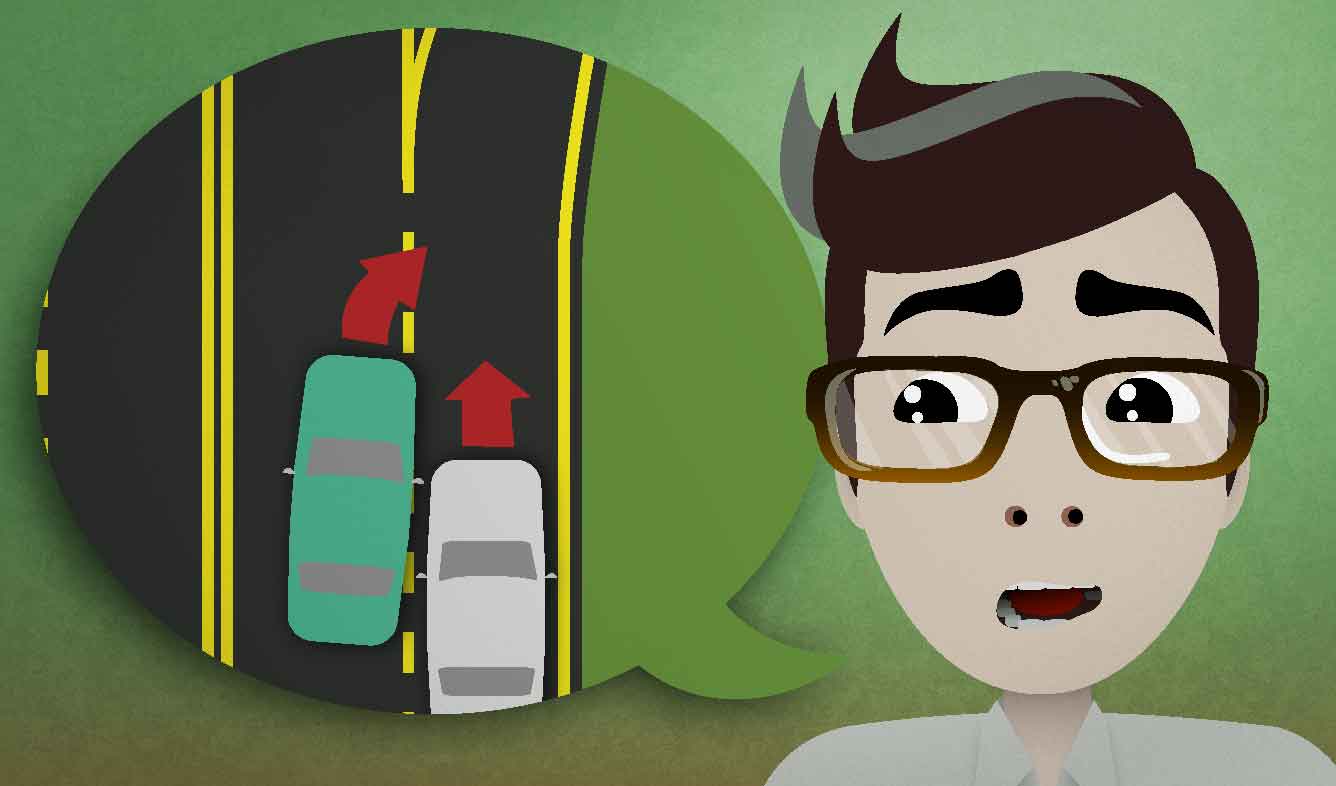 You almost got in a car accident earlier today. Now you're describing what happened to a friend of yours. This is how you describe the accident.

I tried to merge into the right lane, but there was a car in my blind spot.

merge (into a lane)

The sections of a road that are marked off by lines are called "lanes". Some roads are "two-lane roads", with each lane going in the opposite direction. Other roads are four or more lanes.

When you're driving forward, and you move your car from one lane to another lane going in the same direction, you're "merging into" the new lane. For example, on a four-lane road, you might need to merge into another lane in order to pass a car that's going slowly in front of you.

You also "merge into" a lane when the one that you're driving in ends.

Here are some examples of using "merge":

I get nervous when I have to merge onto the highway from the ramp and everyone's driving a lot faster than me.

When you're driving, you can see cars behind you through your mirrors. You can also see cars that are in front of you or right beside you. However, there's an area that's hard to see, which is slightly behind and to the side of your car. This area is called your "blind spot".

Driving instructors will tell you to "always check your blind spot".

there try
Print this Lesson

“All right. Next item of business is our departmental savings goals.”

“I think you forgot to attach the PDF.”