Lessons I was halfway there when I realized I...

“I was halfway there when I realized I didn't have my wallet.” 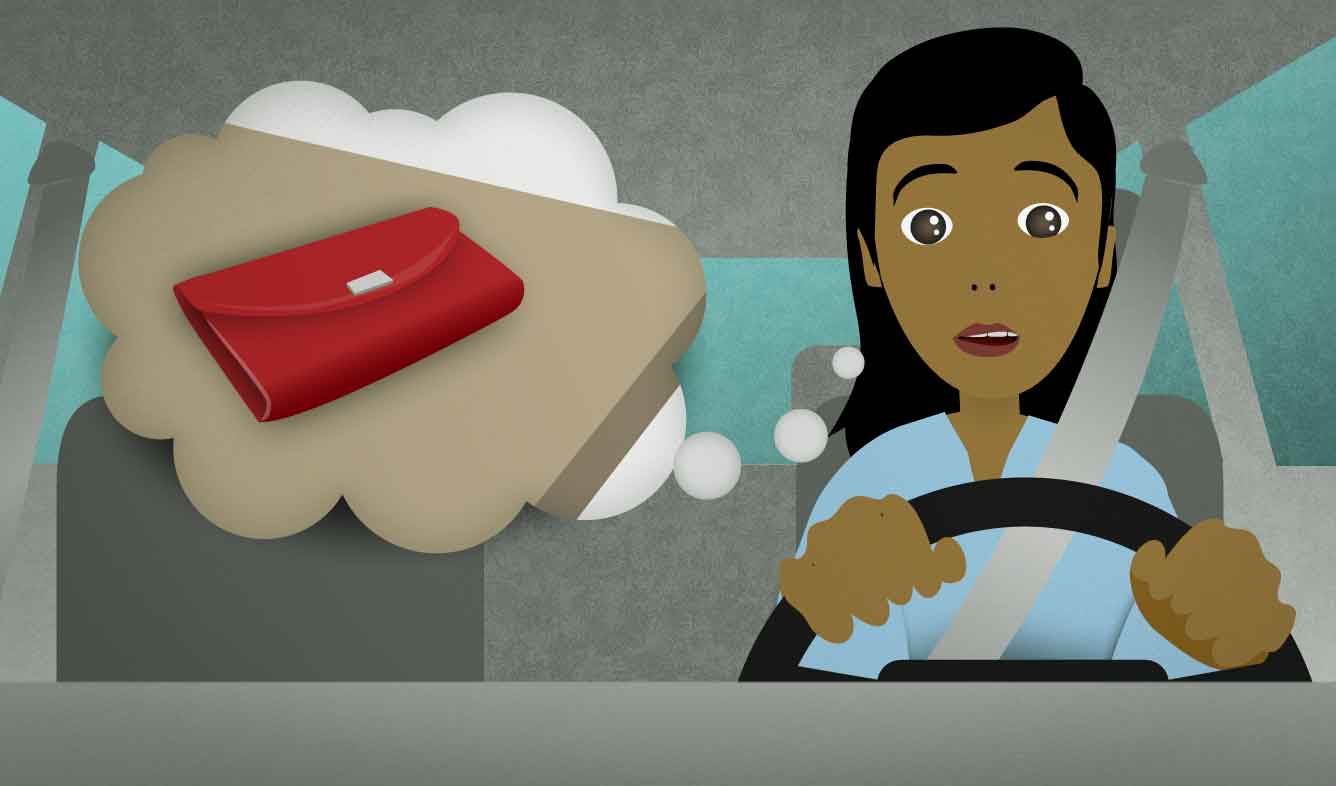 You're telling your friend a story about something funny that happened to you on the way to work. You've described leaving the house and starting to drive. Then you say this to describe the funny thing that happened.

I was halfway there when I realized I didn't have my wallet.

I was (doing something) when (something sudden happened)

This is a very common storytelling technique: you set up a continuous action you were doing, then you tell about a sudden event that happened. The suddenness can be expressed using the word "suddenly" before the subject:

I was walking down the street when suddenly I heard a loud bang behind me.

Or you can show the suddenness by using a verb that includes suddenness in its meaning, like "realize" in the example above.

I realized (a fact)

To "realize" is to suddenly know something based on your own thinking - not based on what someone tells you or on things that you directly see.

In written English, it's considered correct to use "that" after "realize":

I realized that I didn't have my wallet.

But in spoken English, "that" is often dropped.

“Mind if I squeeze past you guys?”