Lessons Mind if I squeeze past you guys?

“Mind if I squeeze past you guys?” 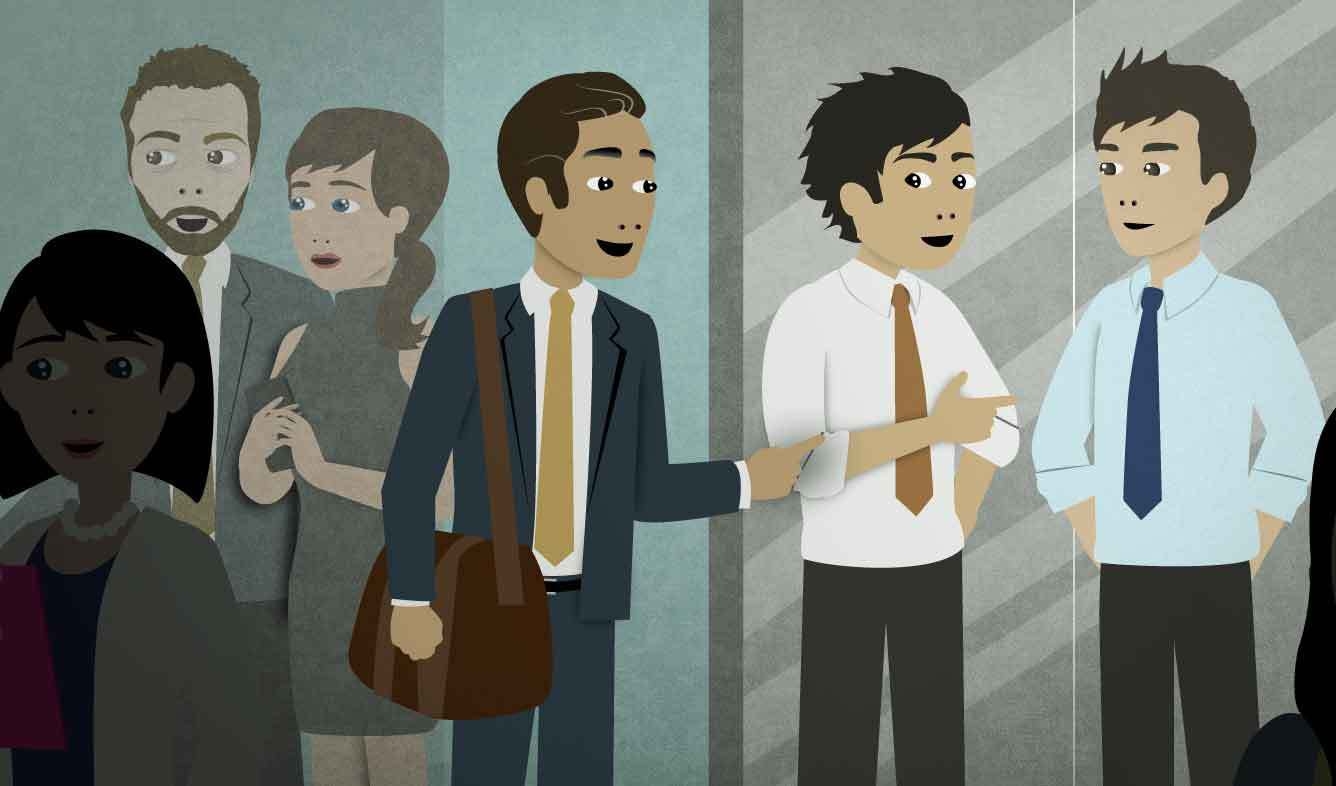 You're at a very crowded restaurant. You need to get to the door, but two people are standing in front of it. You politely ask to get past them.

Mind if I squeeze past you guys?

Do you mind if I (do something)

Is there any way I could sleep on your couch for a few nights?

Could I sleep on your couch for a few nights?

Note that English speakers often skip “Do you” when asking a question, but in writing it should be included.

You “squeeze” your body into a very small place or thing:

I’ll have to squeeze into my skinny jeans.

Try to squeeze in between those guys so you can see.

When you do this, you make your body as small as possible so the fit is more comfortable.

In a crowded place, you have to stand and walk very close to other people, in tight spaces, which sometimes feels a little uncomfortable, like you’re being “squeezed.” Asking to “squeeze past” someone is a friendly way to deal with an uncomfortable situation.

For example, imagine you are walking to the restroom at a crowded bar. Someone is standing in line for a drink. You say:

Mind if I squeeze past you? I just need to get to the restroom here.

“I was halfway there when I realized I didn't have my wallet.”