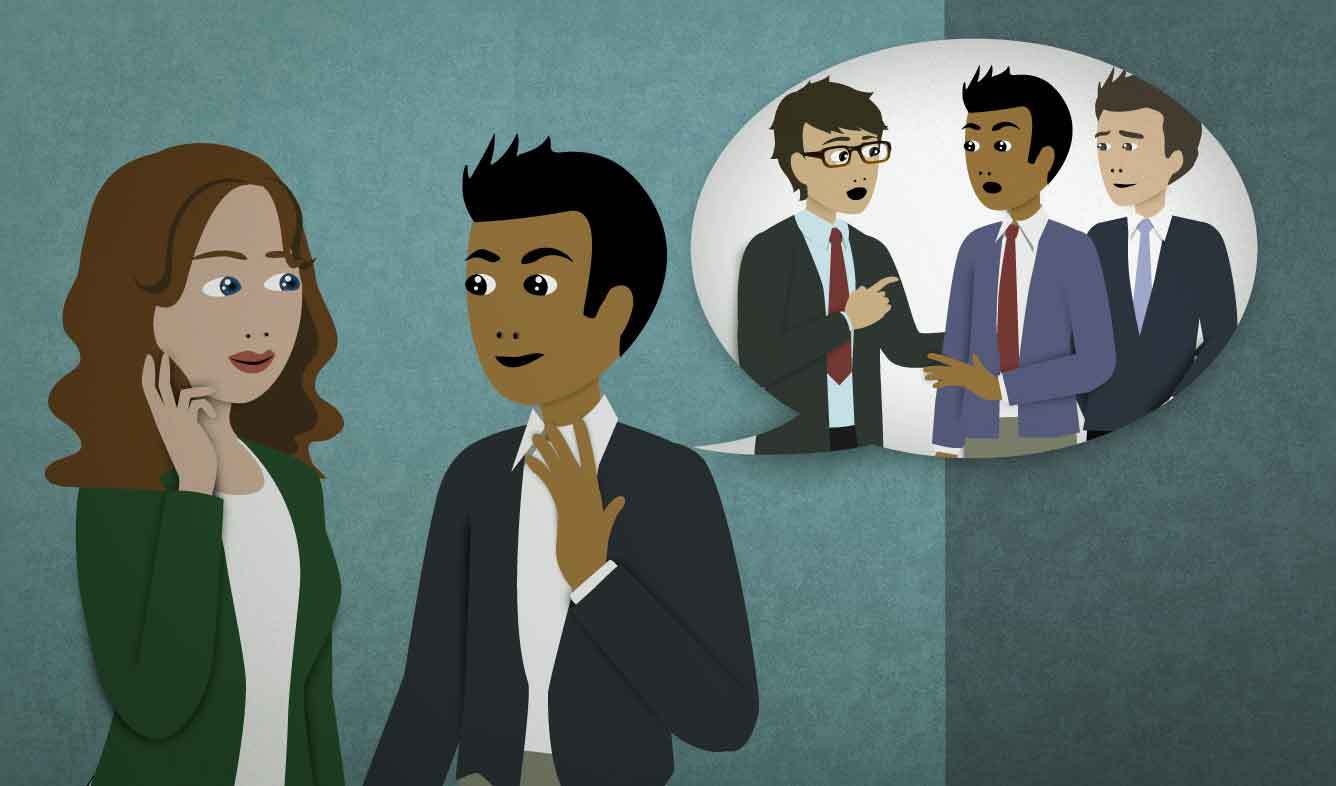 You had a conversation yesterday with two of your friends. In that conversation, you heard something really surprising. You were shocked, but your other friend didn't believe it. Now you're telling your girlfriend about that conversation.

English speakers sometimes talk about what someone said or thought like this:

Whether you're reporting someone's thoughts or their actual words is sometimes clear but sometime unclear.

"Yeah right" is a phrase that you can say when you don't believe something. Here's an example:

A: I learned English in just two months.

In informal writing, you can combine a question mark and an exclamation mark to represent a surprised question.

“To strike out on your own at that age, that takes guts.”

“Oh, it was a no-brainer. I accepted right there on the spot.”