Lessons I'd rather not open up that whole can...

“I'd rather not open up that whole can of worms.” 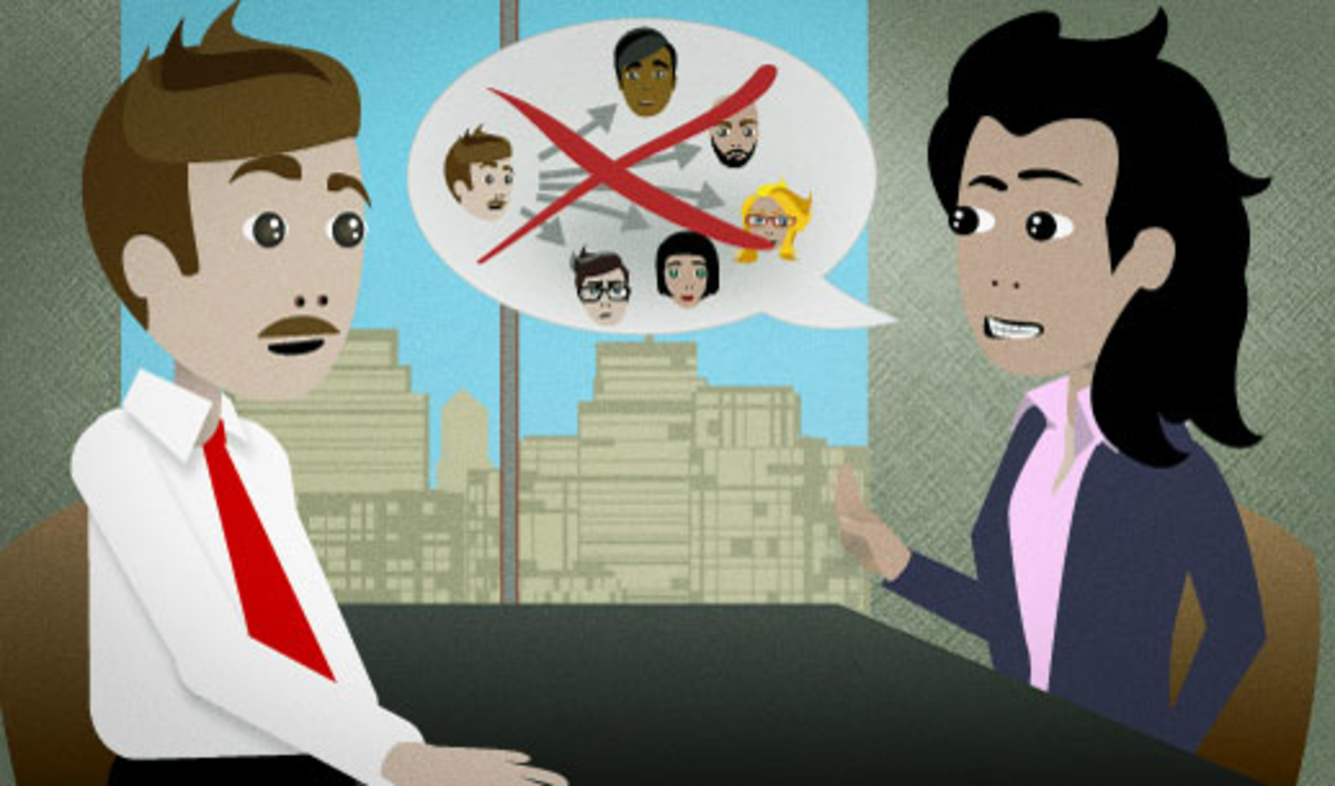 At work, one of the employees you manage noticed a problem with your software. He asks if you should tell your clients about it. You're afraid that the clients will get upset and have a lot of questions about it. You say this.

I'd rather not open up that whole can of worms.

I'd rather not (do something)

People say "I'd rather not..." to talk about something that they don't want to do, although they might have to. For example, if you're shopping for a new car, you can tell the salesperson:

I'd rather not go over fifteen thousand.

If you're in a bad mood, and someone asks you what's wrong, you can respond this way:

I'd rather not talk about it.

You can also say "I'd rather not" without continuing the sentence:

A: We can sleep at the Sutherlands' house and go back in the morning.

open up a can of worms

Some problems are so difficult that it's best not to even try to talk about them or solve them. When you start trying to fix the problem, it causes many more problems. We call this situation "opening up a can of worms".

For example, imagine that you and your sister have been arguing with each other over who should take care of your parents in their old age. For the past few months, you haven't talked about it. Now you and your husband are on your way to eat dinner with your sister's family. You tell your husband:

Don't mention anything about my parents. I don't want to open up that can of worms.

You say this because you know that you and your sister will get into a long, angry argument if you start talking about that topic.

The phrase "a can of worms" is quite common and can be used in casual or formal situations.

People sometime talk about things that are complicated, annoying, or difficult with the phrase "that whole ___":

I don't know anything about that whole mess. I just let my accountant take care of it.

What ever happened to that whole "Occupy Wall Street" business that people were talking about so much a few months ago?

Sometimes when English speakers say "that whole ___", they wave their hands in the air in a pushing or sweeping motion away from themselves.

“This one's a lot more durable than the old one.”