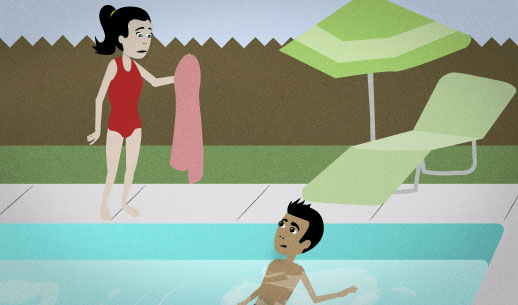 You and a friend are at a swimming pool. Your friend is about to get out of the pool, but he doesn't have a towel. You have one, but it's wet. You offer him the towel with this caveat.

Use this phrase to let people know about a problem or weakness before they find it themselves. For example, if you're going to play on a softball team but you're not a good player, you can tell the other team members:

You use this phrase so that people won't get disappointed or complain.

The word "damp" means "a little wet", but it's more specialized. It's only used with a few other words. Here are the main ones:

the ground is damp

"Damp" also sounds a little literary, so you're more likely to read this word in a book than to hear it in daily conversation.

(something) is still (happening)

Use "still" to talk about things that:

“Fortunately the judge ruled in my favor.”