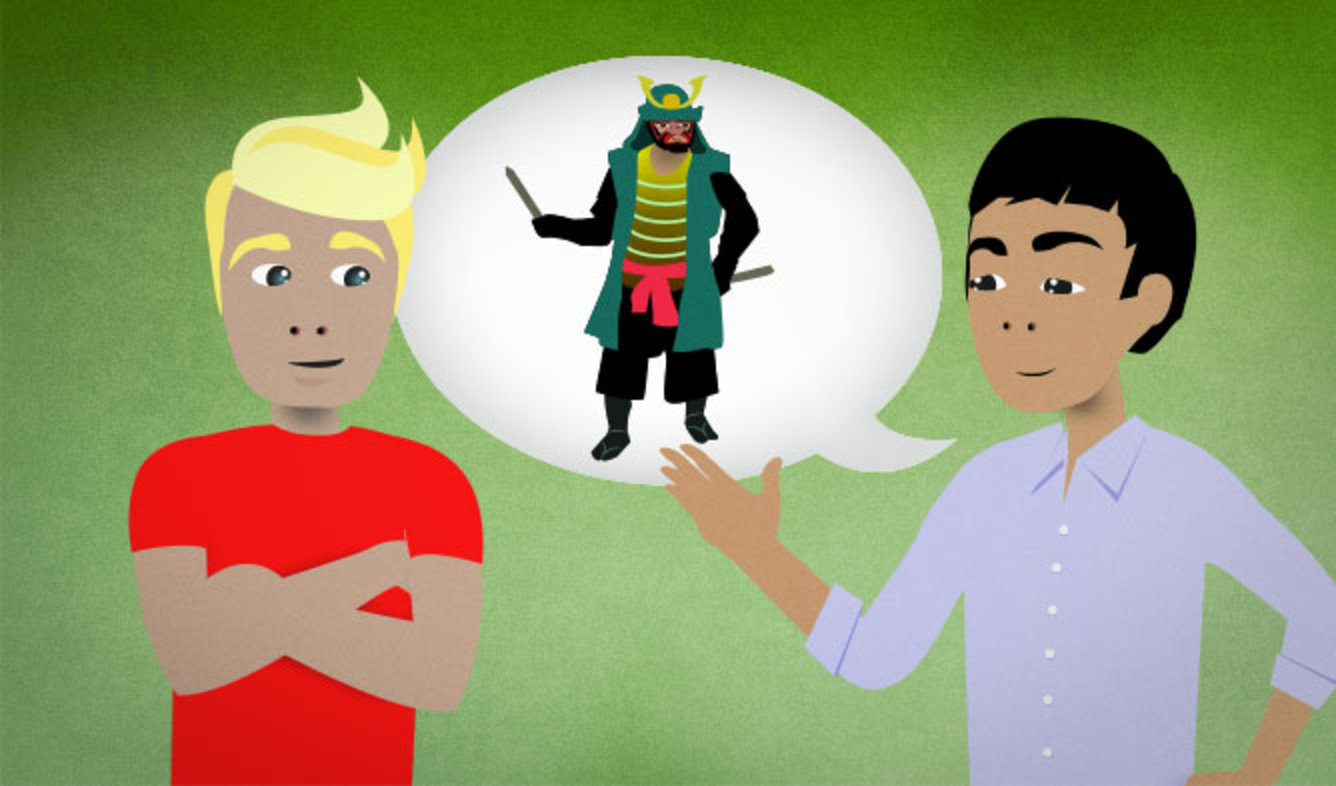 One of your ancestors is an interesting historical figure. You're bragging about it to a friend.

(someone) is descended from (someone)

You can say that a person "is descended from" a single person:

She claims to be descended from Abraham Lincoln.

Or you can say that someone is descended from a group of people:

They're descended from the original inhabitants of the island.

You can use this phrase as an adjective like this:

They discovered the sunken remains of a fifteenth-century trading ship.

They didn't have our modern 21st-century conveniences back then.

Without the hyphen ("-"), you can use this phrase as a noun too:

They've been fighting off and on since the 17th century.

A "warrior" is someone who fights in battles.

We mostly use the word "warrior" to talk about people from the past who fought hand-to-hand, using things like swords, bows and arrows, and spears. Warriors were not only strong, but also a little wild.

You could also call a modern soldier a "warrior". In that case, it would sound like that soldier was very strong, brave, and determined.

“Please keep them in your thoughts and prayers.”

“Let's say that someone breaks into your house and tries to attack you. What w...”