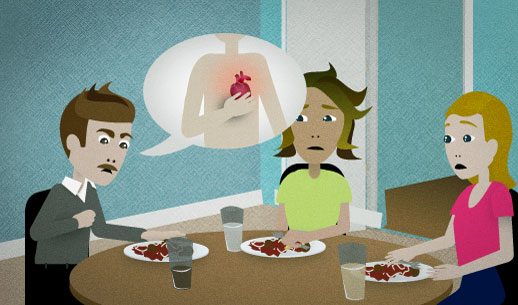 You're having dinner with your family. Suddenly your chest starts to hurt. You're worried about it. Someone asks you what's wrong, so you say this.

(someone) is having chest pains

This is something that people say when they feel like they might be having a heart attack.

Saying that you're "having chest pains" sounds more serious than "My chest hurts."

"Pain" is usually uncountable, but sometimes people also talk about "pains". The most common examples are:

These examples describe sharp pain which comes and goes for a few minutes at a time.

“Hopefully I can bring my GPA up to at least a 3.0 this semester.”