Lessons In the unlikely event of an emergency...

“In the unlikely event of an emergency water landing, you may find a flotation device beneath your seat cushion.” 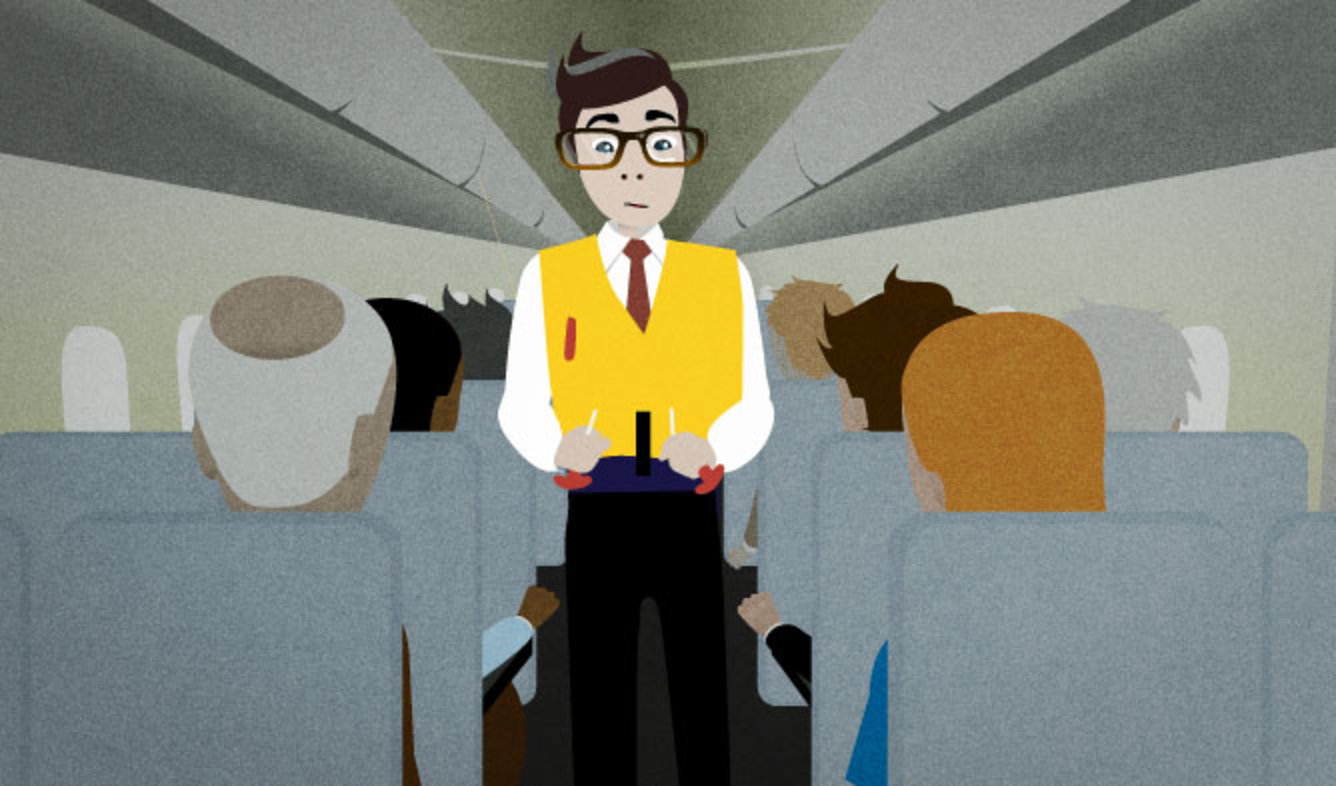 You're on an airplane that's about to take off. The flight attendant is making safety announcements. He tells what to do if the plane lands on the water.

In the unlikely event of an emergency water landing, you may find a flotation device beneath your seat cushion.

In the event of (something), (do something)

This is a very formal expression that you mostly hear in instructions. It means "If ___ happens, do this."

In the event of fire, stay calm.

In the event of emergency, take stairs.

Something that is "unlikely" will probably not happen. These are some things that are "unlikely":

A "flotation device" is a formal word for something that helps you float in the water.

A "personal flotation device" can also be called by other names, including "life jacket". It's a vest which you wear around the water to help you to float if you fall in.

Another type of "flotation device" is a "lifesaver", which is a ring with a hole in the middle that you can throw to someone who's drowning in the water.

"Beneath" is a more formal way of saying "under".

For example, if you're answering a lawyer's question in a trial, you might use "beneath" instead of "under":

Yes, that's correct. The apartment beneath us was vacant.

A "cushion" is kind of like a pillow, but a little harder. Many seats have cushions on the bottom, where you sit.

on an airplane emergency formal
Print this Lesson

“The official end of the work day is at five, but a lot of us end up sticking ...”