Lessons The official end of the work day is a...

“The official end of the work day is at five, but a lot of us end up sticking around until six thirty or seven most days.” 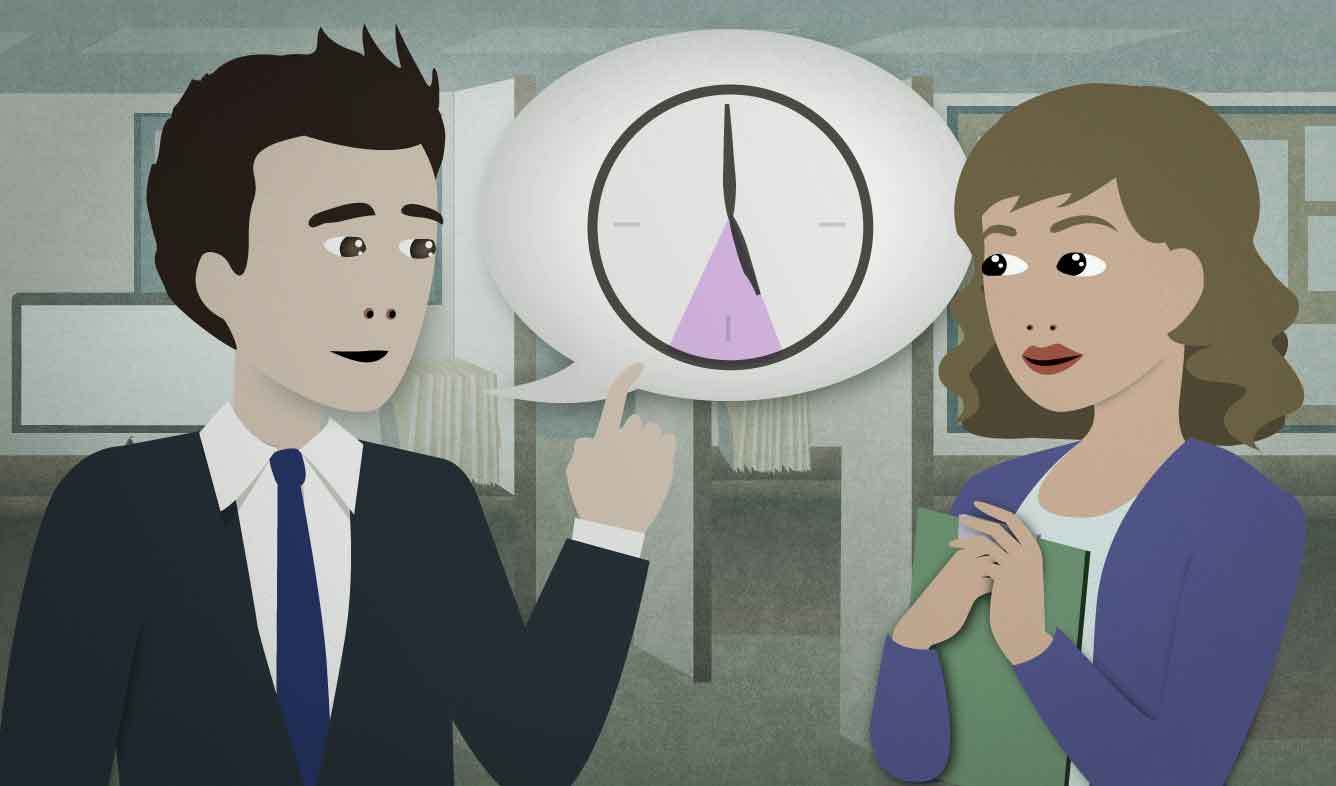 There's a new employee working in your department. It's her first day on the job. She asks you what time work finishes. You give her a complete answer.

The official end of the work day is at five, but a lot of us end up sticking around until six thirty or seven most days.

"Stick around" means to stay. It is a more casual way to describe staying somewhere. You can use it when talking to people in social situations:

Hey, why don't you stick around and have dinner with us?

I'd love to stick around, but I have to go pick up the kids from soccer practice.

Or you can use it in professional situations if you want to sound casual:

Hey, would you mind sticking around for a bit after the meeting? There's something I want to run by you.

Your "work day" is the hours when you start and finish work each day. You can talk about your work day like this:

Here are some of the ways of saying what time it is.

A quarter after four

A quarter past four

A quarter to five

Something that is "official" is approved by the authorities (the people who are in charge). "Official" things are often written down or recorded somewhere.

When is the official start date?

They tell me that I've got the job, but I don't know. They haven't sent me an official offer letter or anything.

We often compare the "official" version of something to how it actually is in reality:

My official title is "Executive Coordinator" but basically I'm a secretary.

job in an office time (reference) at work
Print this Lesson

“In the unlikely event of an emergency water landing, you may find a flotation...”

“I'll tell you, one thing I can't stand is olives!”