Lessons It made this weird screeching noise a...

“It made this weird screeching noise and then it died.” 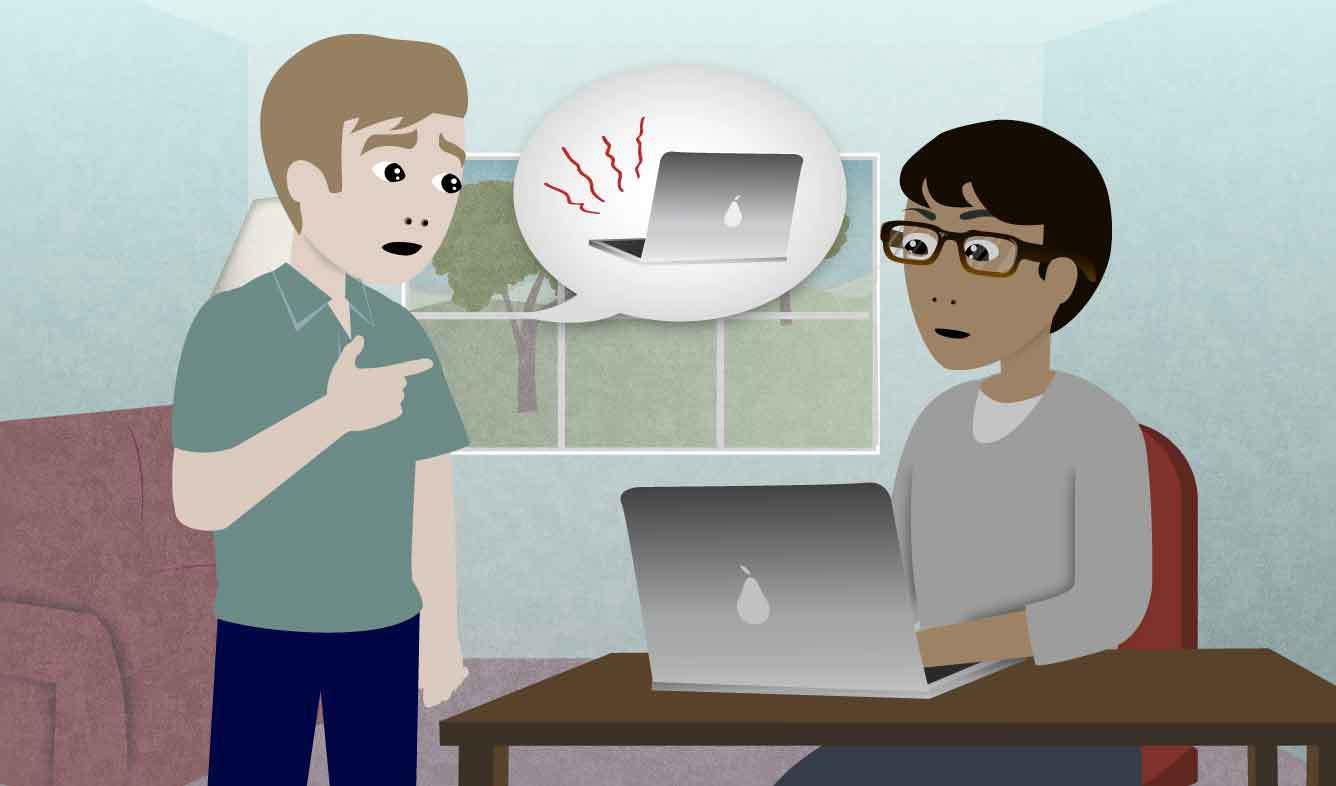 Your laptop has stopped working. Your roommate knows more about computers than you, so you've asked him to try to fix it. You describe what happened to it.

It made this weird screeching noise and then it died.

You can use this phrase when you’re trying to describe an unusual sound you heard.

There was this weird thumping noise. I was really freaked out.

She makes this weird chattering noise when she sees a bird.

A "screech" is a high-pitched, unpleasant noise. Some things that "screech" include:

We say this when a device turns off, either because of a dead battery or an unknown problem.

I got about ten years of use out of it before it died for good.

“It'll be a good chance for us all to let loose and blow off some steam.”

“An unbelievable amount of work went on behind the scenes to make this happen.”