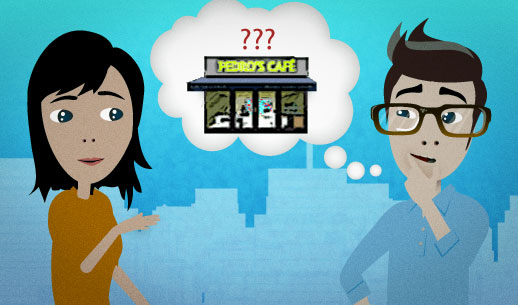 You and a friend are going to have lunch together. She asks if you've heard of a restaurant called "Pedro's Cafe". The name reminds you of something, but you don't remember what kind of restaurant it is, and you can't remember if you've eaten there. You say this.

You can use the phrase "That sounds vaguely familiar" when someone mentions something that you've heard of, but don't know much about. For example,

A: Have you heard of the term "cognitive dissonance"?

B: That sounds vaguely familiar.

The word "familiar" describes things that you know about or have experienced.

"Vaguely" means "a little bit" or "kind of". Some other phrases that use "vaguely" include:

(someone) is vaguely aware of (something)