Lessons His resignation definitely marks the ... 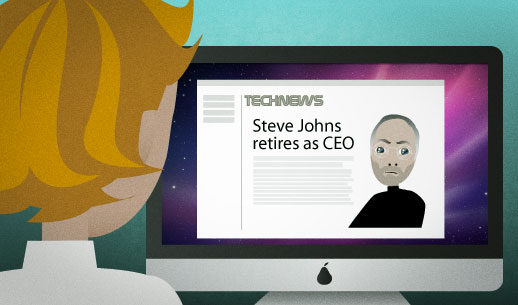 You've just read the news that the famous CEO of a large company is going to resign. You respect him, as do many other people, so you write in the comment section of the new website this.

His resignation definitely marks the end of an era for Ample.

(someone's) resignation (is/does/seems to be something)

When a person quits a job, they "resign". To talk about that action, use the noun "resignation":

When are you going to put in your resignation?

Her resignation came as a complete surprise.

(something) definitely (does something)

The adverb "definitely" marks something that that you're sure about. Use it especially when you want to agree with what other people have said, and then add your own additional thoughts afterward:

A: The food here is way overpriced.

B: It's definitely expensive. Not to mention that it's also horrible for your health.

(something) marks the end of an era

An "era" is a period of history in which something important happens. An "era" usually lasts for a long time: hundreds or thousands of years. Some examples of well-known eras are:

When an important event happens, you can say that the event "marks the end of an era" or "marks the beginning of a new era":

Americans hoped that the election would mark the beginning of a new era for the country.

The word "marks" means "symbolizes". So the important event is like a sign that an era is ending or beginning.

“There is a hurricane warning in effect throughout Delaware and southern New J...”