Lessons There is a hurricane warning in effec...

“There is a hurricane warning in effect throughout Delaware and southern New Jersey.” 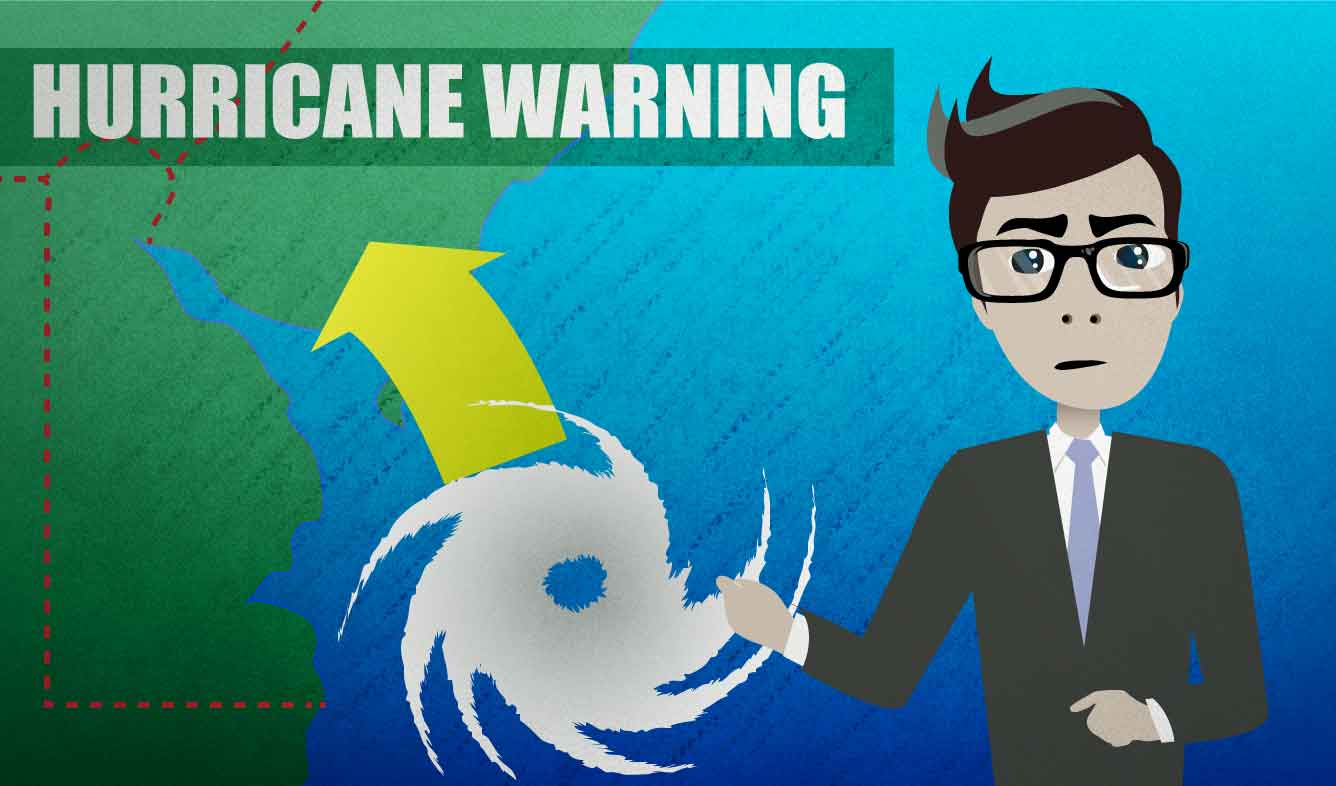 There's a hurricane headed toward you. You turn on the TV news to find out about it. The weatherman says this.

There is a hurricane warning in effect throughout Delaware and southern New Jersey.

Some branches of the government monitor the weather, and release warnings when dangerous weather is likely to occur. If you watch or read the news, you might find out about:

By the way, "hurricanes" are big storms that happen in the Atlantic Ocean. In the Pacific Ocean, they're called typhoons.

(something) is in effect

Other things that can be "in effect" are laws, policies, rules, etc.:

There's a new "no-bag" policy in effect at Spartan Stadium. It's supposed to prevent people bringing weapons into the stadium.

When a rule, law, or warning first begins to be in effect, you say that it was "put into effect":

A ban on indoor smoking was put into effect in New York in 2003.

(something is happening) throughout (a location)

If something happens "in" Delaware, that might mean that it's only in one specific city or one part of the state. But something that happens "throughout" Delaware is all over the state, or in several different locations spread across the state.

England and France repeatedly warred with each other throughout the Middle Ages.