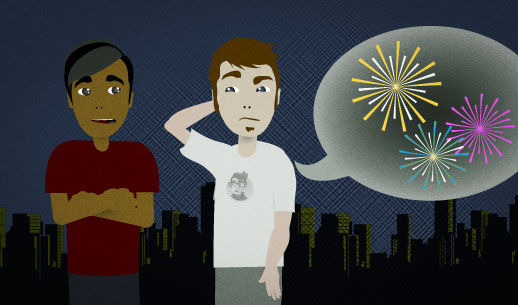 You saw a fireworks show that wasn't good as you hoped it would be. After the show, you say this to your friend who watched it with you.

Is it just me, or was that a bit of a letdown?

Use this when you're complaining about something. You start your complaint with "Is it just me, or..." to find out if other people agree with your opinion:

Is it just me, or has the writing on this show gone downhill this season?

It's a bit intimidating.

The meaning of "a bit of a ___" is the same, but you use it before a noun instead of an adjective:

(something) was a letdown

A "letdown" is something that wasn't as good as you expected it to be. Here are some things that might be letdowns:

The phrase "___ was a letdown" is a little casual. A more formal alternative is "___ was disappointing."

“There is a hurricane warning in effect throughout Delaware and southern New J...”