Lessons It's one building over from a little ... 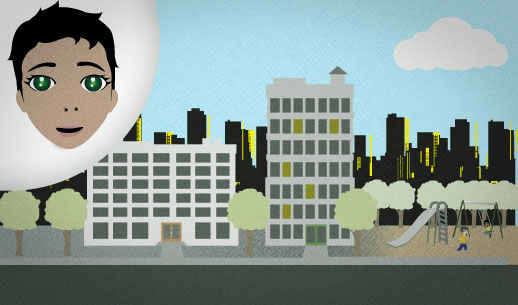 You've invited a new friend over to your apartment. You're giving her directions to get there. You end by explaining where your apartment building is by saying this.

It's one building over from a little playground.

You can use this expression to describe the location of anything that's arranged in a row. For example:

She lives two doors over from me.

There was shooting three blocks over from my house last week.

See the woman sitting two seats over from Jimmy? That's the director.

You can also include the direction:

See the woman sitting two seats to the left of Jimmy? That's the director.

A "playground" is an outdoor area where children can play. It has things like slides, swings, merry-go-rounds, a sandbox, etc.