Lessons Your shoulders are so tense! 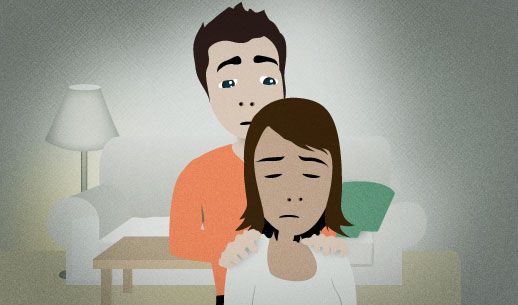 You're giving your girlfriend a shoulder massage. The muscles in her shoulders feel hard and you this it's because she's stressed out, so you say this.

Your shoulders are so tense!

When something is squeezed tightly, you can describe it as "tense". Things that can be "tense" include:

"Tense" muscles are hard from being squeezed tightly, usually because of stress.

You can also describe a person's facial expressions as "tense". It means that someone looks worried, stressed out, or concentrated. For example, this sentence might appear in a novel:

She bent closer, her expression tense with concentration.

Stressful or worrisome situations can be described as "tense", too.

B: It was pretty tense. Jared yelled at some of the salespeople who hadn't hit their goals.