Lessons It turns out that my roommate had lef...

“It turns out that my roommate had left his window unlocked anyway.” 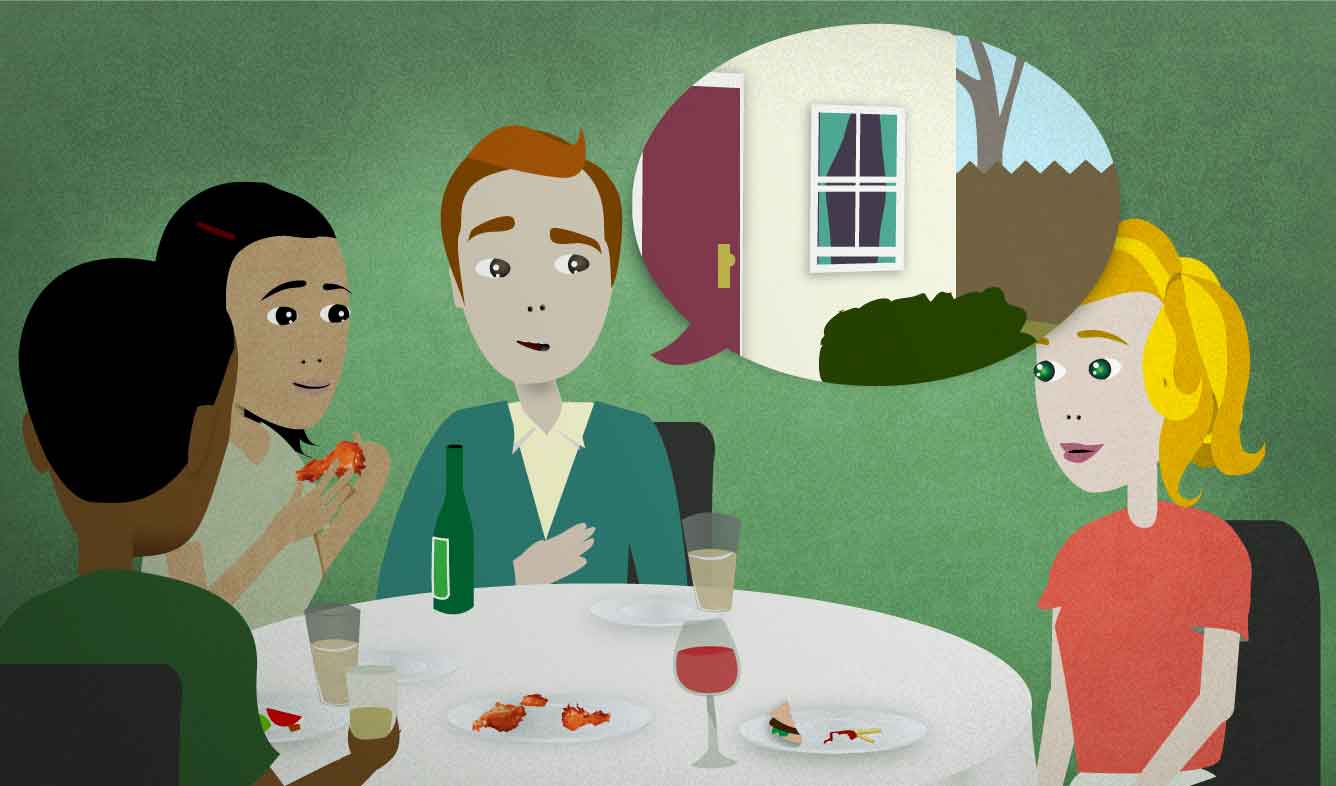 You're telling a story about a silly mistake you made. You thought you couldn't get into your house, so you spent the night in a cheap hotel. This is the punchline of the story.

It turns out that my roommate had left his window unlocked anyway.

In the U.S., people call the people that they share a house or apartment with "my roommate". This sounds strange to British and other English speakers because you don't actually share a room with your roommates. But that's the meaning that "roommate" has in American English.

You use "had (done)" when you're telling a story, and you want to talk about something that happened before what you're describing. This grammatical form is known as "past perfect".

In the example above, "my roommate had left his window open" happened before the speaker spent the night in a hotel.

I was really sleepy because I had gone out drinking the night before.

Hey! Who left the refrigerator open?

When we lived out in the country, we always left the door unlocked.

Use the word "anyway" to express that:

“Drinking in moderation is supposed to be good for your heart.”

“I look forward to hearing from you.”