Lessons It was completely infested with these...

“It was completely infested with these enormous cockroaches!” 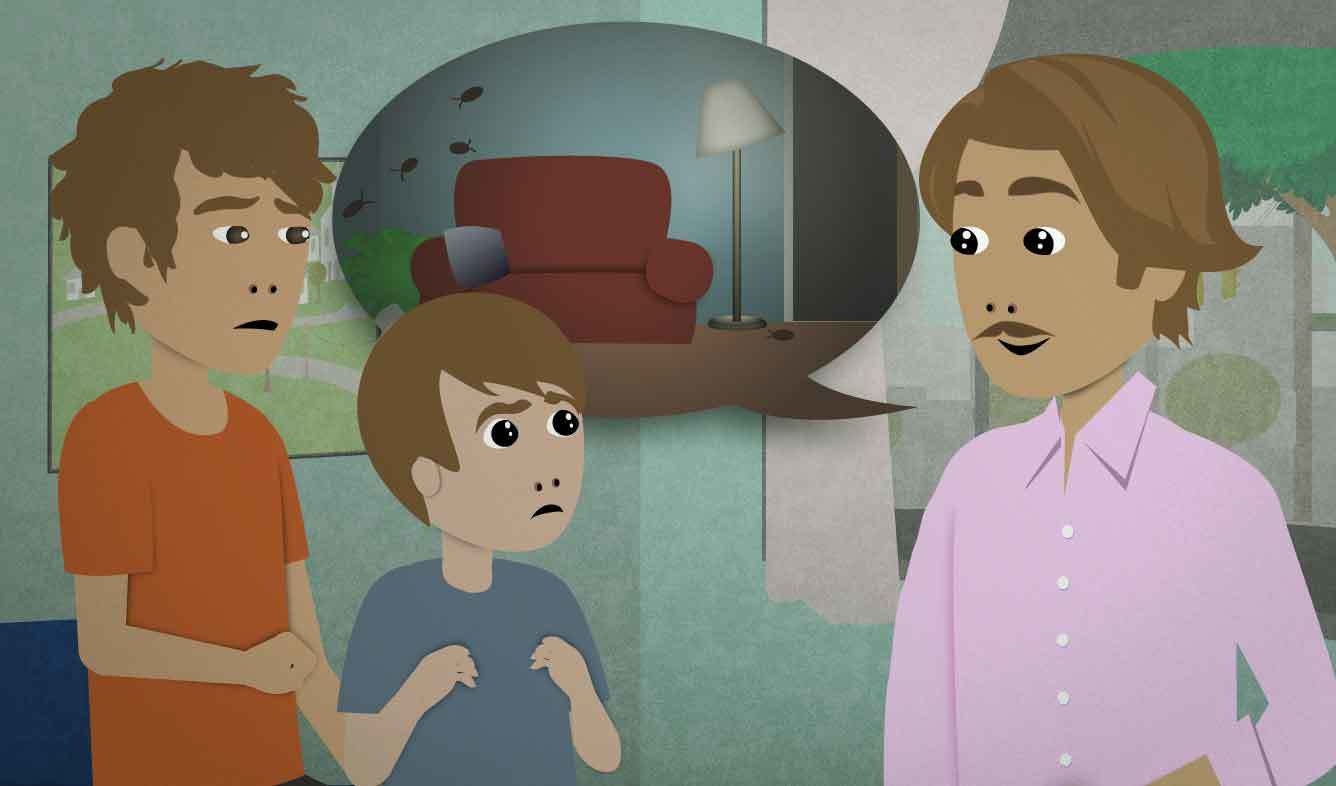 You used to live in an old, dirty house when you were younger. Now you're telling your children about it.

It was completely infested with these enormous cockroaches!

"Enormous" means "very, very, big". Here are some things that you can describe as "enormous":

an enormous amount of money

“Infested” describes a problem with animals or insects in your home. It means that many of them are living in your home. Some animals that commonly infest people’s homes in North America include mice, slugs, and ants.

Annie saw a mouse on the second day, and we realized a few months later that the whole place was infested.

An infested home is a gross, unpleasant experience for anyone, and so “infest” has a strongly negative feeling to it. You can also sometimes use "infest" to describe a group of people you don’t like:

The bar was infested with Dodgers fans.

Be careful when saying things like this, because they sound very hostile.

Sometimes in casual English, we use “these” to highlight a word, and make the listener focus on them as the important subject in a story.

I had these shoes that I wore every day.

There were these two girls who always teased me.

If the noun is singular, you can use “this” instead”

I've got this neighbor who plays this god-awful techno music until one in the morning.

A "cockroach" is a kind of insect that sometimes lives inside of people's homes. Most people think of cockroaches as dirty and gross.

You can also call them "roaches".

“An unbelievable amount of work went on behind the scenes to make this happen.”

“Have you been by Edith's new house? It's, like, way out in the sticks.”