Lessons It'll keep in the fridge for about...... 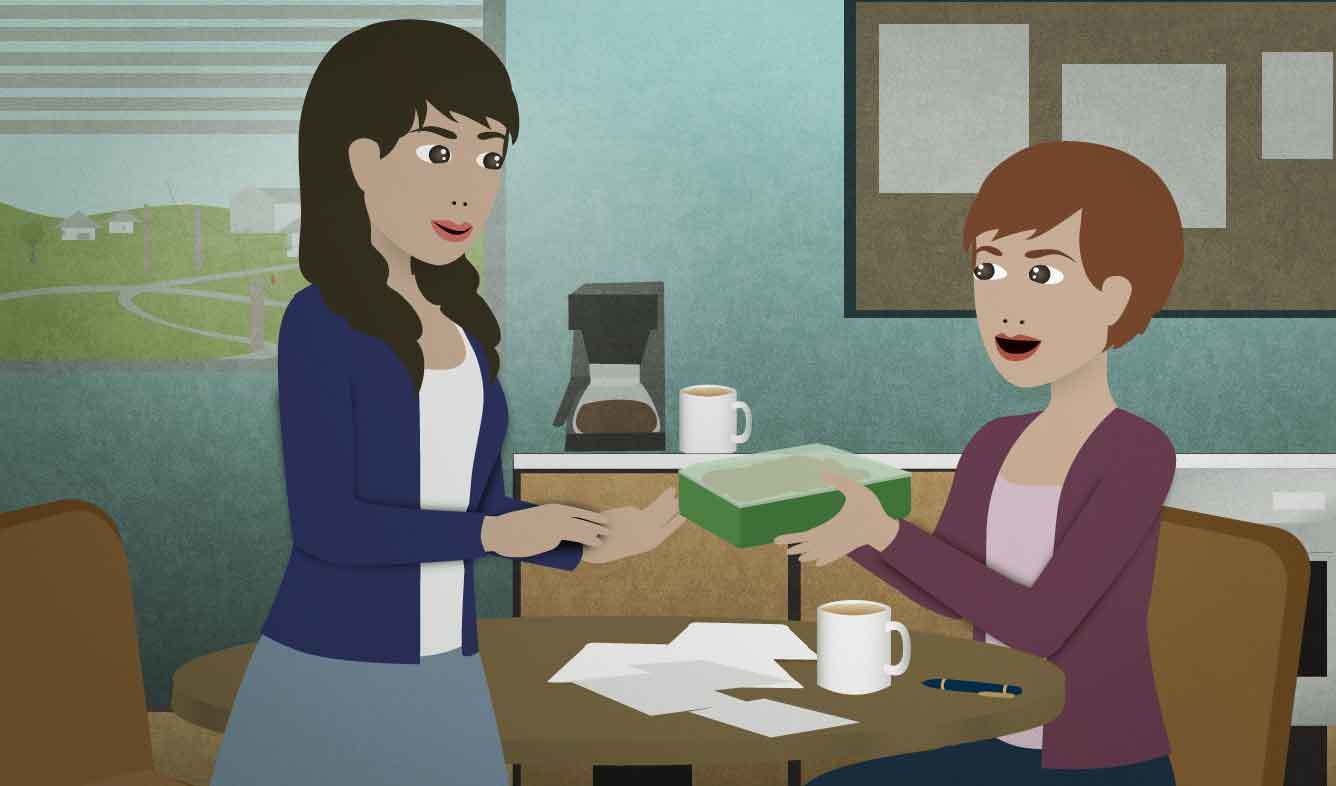 You made a traditional dish from your country and brought some for one of your coworkers. When you give it to her, you tell her how quickly she should eat it.

This is a contraction of "it will". People use it in casual spoken English. Don't use it in formal writing unless you're trying to quote someone who was speaking casually.

His landlord reassured him that it was only a temporary inconvenience. "It'll be ready by Monday," he said.

"It'll" is similar to "this'll" and "that'll". All of these contractions are less common and less formal than the usual contractions like "can't" and "isn't".

English speakers usually call their refrigerator "the fridge". For example:

I have some beers in the fridge. You want one?

Can someone come out and take a look at my refrigerator? It's not staying cool like it's supposed to.

(some food) will keep for (some time)

Food eventually "goes bad": it becomes rotten, stale, or rancid. It's not safe to eat after a certain period of time. You can talk about that time period by saying that the food "will keep for ___":

A jar of honey will keep for decades if it remains sealed.

It will keep in the freezer for a couple of months.

food will
Print this Lesson

“She's a tremendous asset to the team, and we're lucky to have her.”

“I tried standing on it and immediately fell flat on my face.”