Lessons It's frickin' freezing out there!

“It's frickin' freezing out there!” 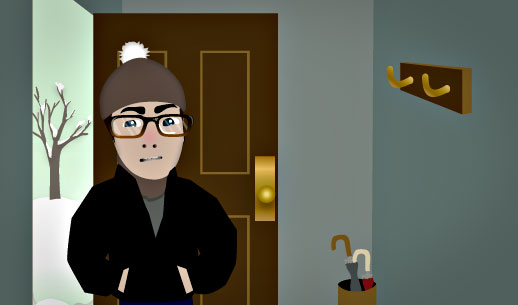 It's a really cold day. You've been outside, and you're coming back inside now. You've been waiting to get out of the cold weather. When you walk in, you say this to your sister who is sitting nearby.

It's frickin' freezing out there!

"Frickin'" is a slang word that means "very" or "extremely".

It's fucking freezing out there!

But the word "fucking" is extremely unacceptable in a lot of situations. Children aren't supposed to say it, and it's considered very rude to say it to someone who's older or younger than you, someone who you don't know well, etc. So English speakers sometimes use words that sound similar to "fucking":

It's freaking cold out there!

These words are still not considered polite English, but they don't sound as harsh and dirty as "fucking". They only replace it when it's used to mean "very".

"Out there" means outside. You call it "out there" when you're coming in from outside and talking about the weather:

It's gorgeous out there.