Lessons The bottom line is that you have to r... 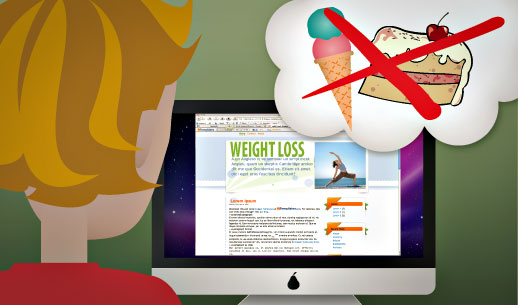 You're commenting on an online discussion about ways to lose weight. A lot of commenters are suggesting complicated diets that involve eating only certain kinds of food. You don't think those diets are effective or necessary. You feel strongly that you are correct, so you write this.

The bottom line is that you have to reduce your calorie intake to lose weight.

The bottom line is that (clause)

Use this phrase when you're in a discussion or debate, to introduce an idea that you think is:

In the example above, the writer thinks that reducing your calorie intake is the only way to lose weight. Some other diets might work, but only if they cause dieters to eat fewer calories.

To "reduce your calorie intake" means to eat and drink fewer calories.

"Calories" are a measurement of the amount of energy food contains. You should be aware that what Americans call "calories" are actually kilocalories. So if someone says that a cookie "has 400 calories", that really means that it has 400 kilocalories, or 400,000 calories to be technical. Most Americans don't know the scientific definition of a "calorie", though.

To "reduce your intake" of something means to lessen the amount of something that you put into your body. This phrase is used when you're talking about the human body in a technical or scientific way.

"Calorie intake" is an example of using a noun (calorie) to modify another noun (intake). You could also use the adjective version of "calorie" instead:

You must reduce your caloric intake in order to lose weight.

This version seems more formal than the example given at top.

“It's frickin' freezing out there!”