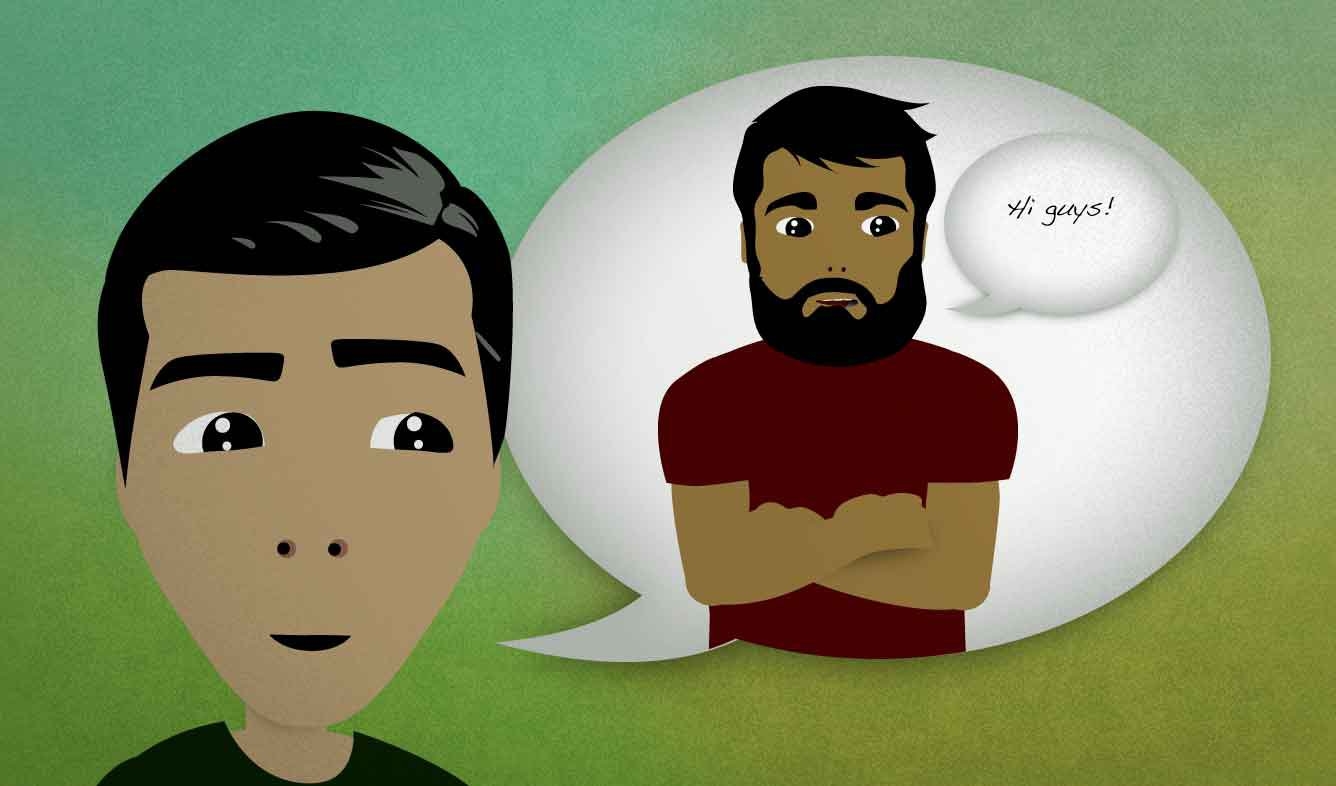 You're describing someone that you work with to a friend who's met him a few times. This coworker's voice doesn't fit how he looks.

It's funny: he's this big, burly guy but his voice is all soft and high-pitched.

Use this phrase to introduce something you've noticed which is interesting and unexpected. For example:

It's funny: I always thought that Drew was taller than you, but now I see that you're taller.

It's funny: when I was young I used to think that 40 was so old. Now I'm turning 40 myself, but I still feel like a kid in some ways.

The word "burly" describes a man who is large and strong-looking. He might also have rough skin, a beard, and a big belly.

We often combine "burly" with "big":

It's uncommon to call a woman "burly", even if she's big and strong.

If someone usually doesn't speak loudly, you can say that they have a "soft voice".

Here are some sounds that are "high-pitched":

Some "low-pitched" sounds include:

“I dropped about 20 pounds since the beginning of the year, mostly just by cut...”